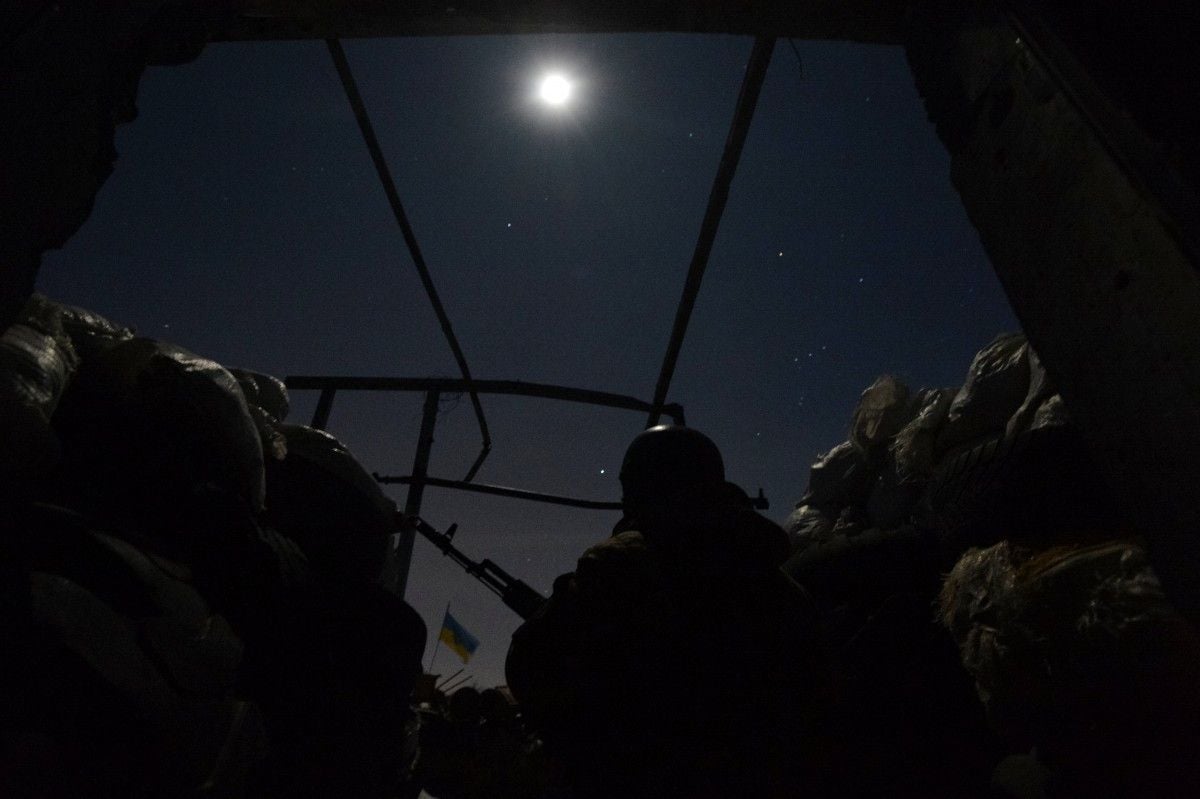 Russia's hybrid military forces mounted five attacks on Ukrainian army positions in Donbas in the past 24 hours, with one Ukrainian soldier reported as killed in action (KIA) and another one as wounded in action (WIA).

"In the Luhansk sector, the enemy repeatedly opened fire from 82mm mortars, heavy machine guns and infantry fighting vehicles near the village of Luhanske," the press center of the Anti-Terrorist Operation Headquarters reported on Facebook on Friday morning.

Read alsoUkrainian prosecutors confirm murder of four marines near ShyrokyneIn the Donetsk direction, the epicenter of fire tension was the Mariupol sector. In particular, the enemy was active near the village of Vodiane. "Here, the illegal armed formations used 122mm artillery systems and 120mm mortars. The enemy also fired from grenade launchers, small arms and infantry fighting vehicles. Moreover, mortars of various calibers were used against our fortified positions near the villages of Pavlopil, Chermalyk and Shyrokyne.

In addition, the Russian-backed mercenaries employed 82mm mortars and grenade launchers against the Ukrainian fortified positions near the village of Taramchuk and Butivka coal mine," the headquarters said.

If you see a spelling error on our site, select it and press Ctrl+Enter
Tags:RussiaATODonbasUkraineRussianAggression