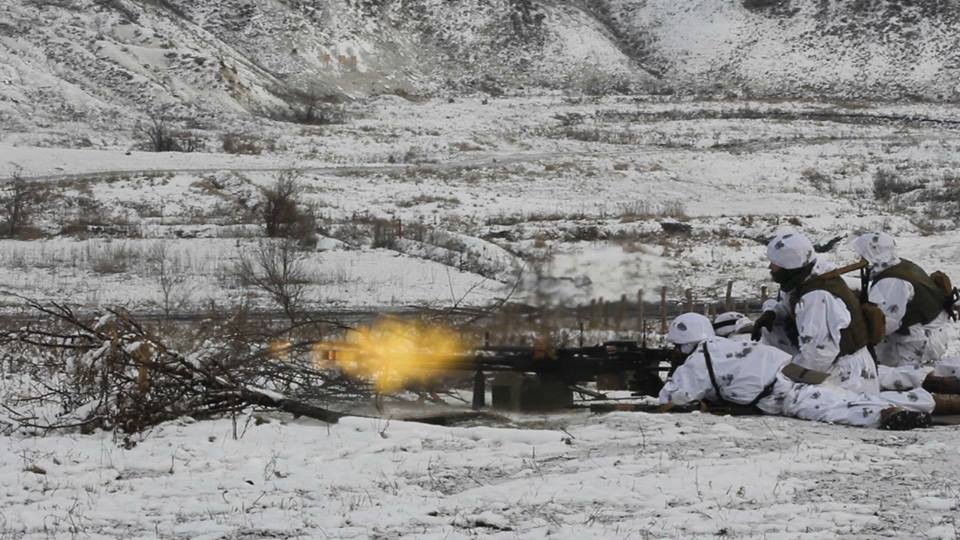 Russia's hybrid military forces mounted five attacks on Ukrainian army positions in Donbas on Sunday, February 25, with one Ukrainian soldier reported as killed in action (KIA) and another one as wounded in action (WIA).

Read alsoNo shellings by militants recorded in Donbas Saturday"A total of five shootings by occupiers have been recorded since the earlier hours of Sunday morning. Unfortunately, one Ukrainian soldier was killed, while another was wounded as a result of enemy attack. We express condolences to the relatives and friends of the serviceman who gave his life for Ukraine," the headquarters of Ukraine's military operations said in a statement.

In the Luhansk sector, militants used 82mm mortars near the village of Zaitseve. The enemy also fired grenade launchers and small arms on Ukrainian strong points near the villages of Krymske and Novoluhanske.

In the Donetsk sector, the occupiers opened fire from 82mm mortars and small arms outside the village of Vodiane, as well as fired small arms near Butivka coal mine.

If you see a spelling error on our site, select it and press Ctrl+Enter
Tags:DonbasmilitantsattackUkrainianArmymortars