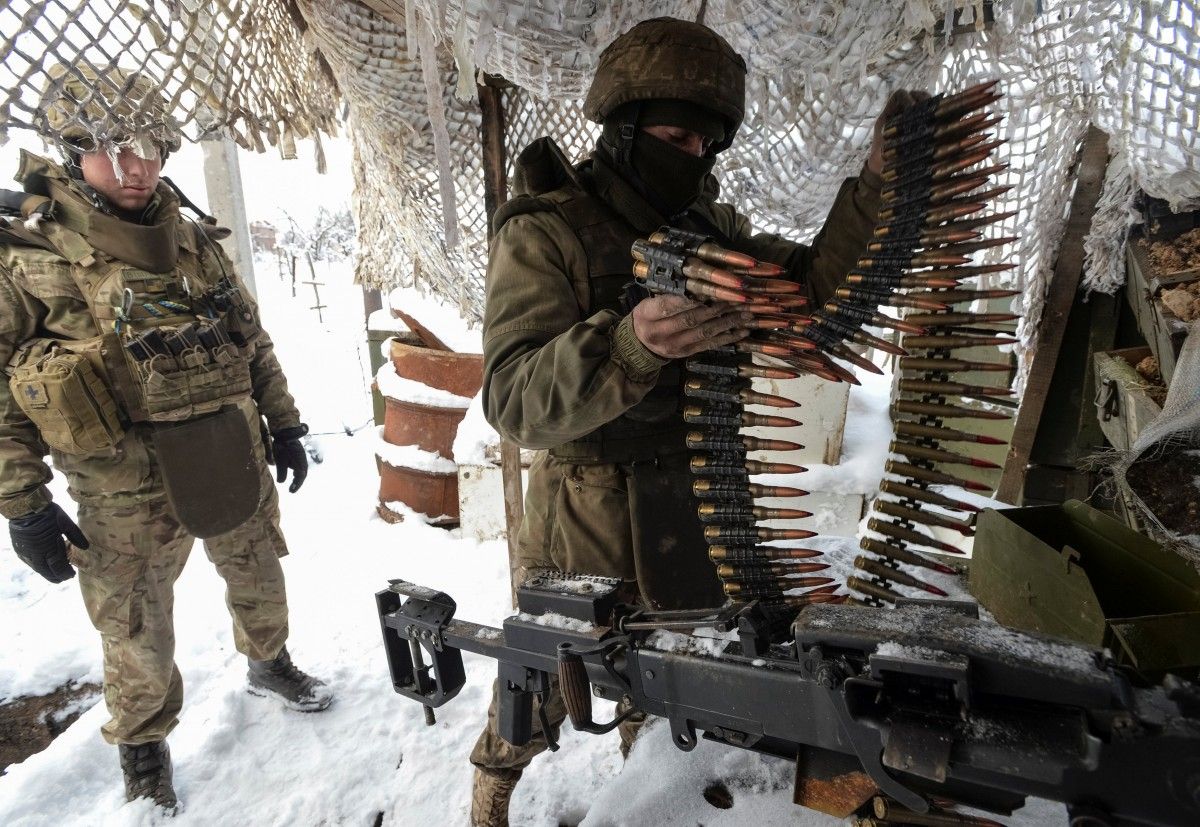 Russia's hybrid military forces mounted five attacks on Ukrainian army positions in Donbas in the past 24 hours, as a result of which one Ukrainian soldier was killed in action (KIA) and another one was wounded in action (WIA).

Read alsoUkraine reports five enemy attacks in Donbas, 1 KIA, 1WIA on Feb 25"In the Luhansk sector, the enemy fired seven 82mm shells toward our positions near the village of Zaitseve. The militants also used grenade launchers of various types and small arms to attack the Ukrainian fortified positions near the villages of Krymske and Novoluhanske," the press center of the headquarters of Ukraine's military operations reported on Facebook on Monday morning.

In the Donetsk sector, the invaders used 82mm mortars and small arms near the village of Vodiane. They also used small arms to fire at the defenders of Butivka coal mine.