No attacks have been recorded in the Donetsk direction. 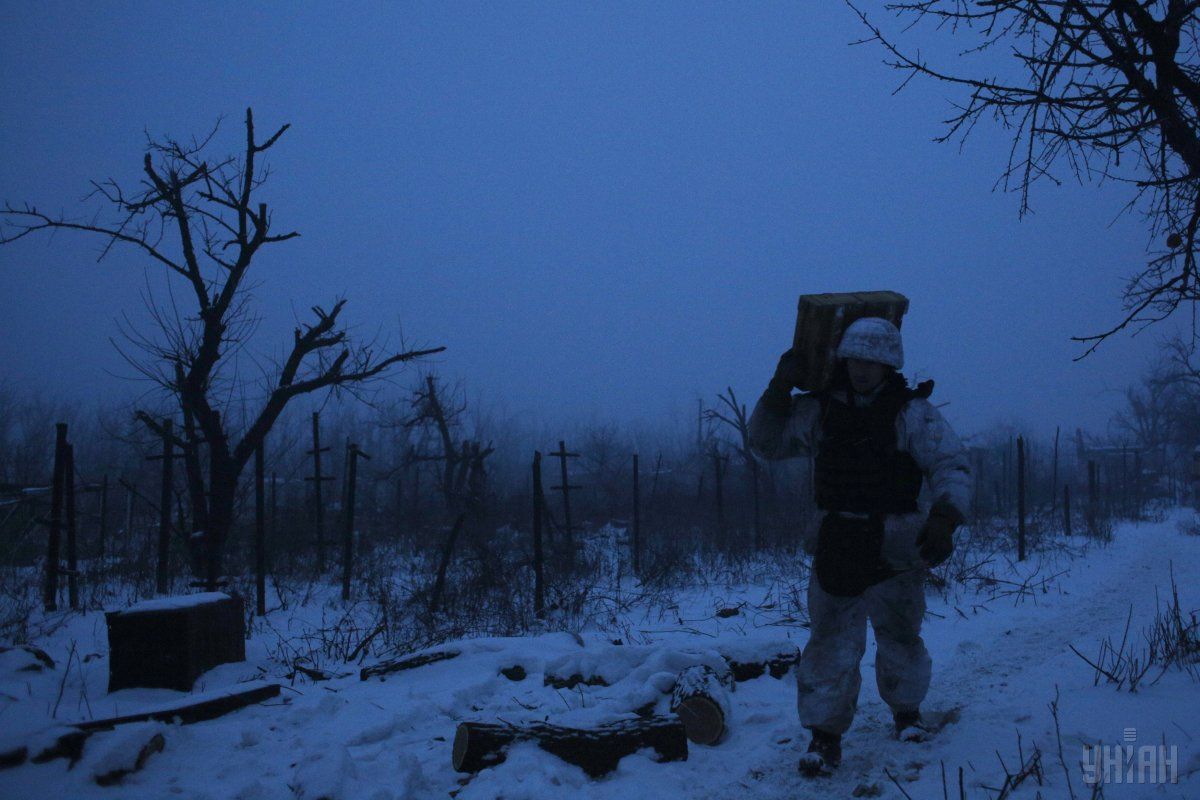 Over the past day, Russian-occupation troops continued to violate the ceasefire in the zone of hostilities in eastern Ukraine's Donbas.

The Ukrainian side reported that strongpoints of Ukrainian forces in the area of Troyitske came under enemy fire.

"In the Luhansk direction, the enemy employed large-caliber machine guns and weapons of BMP-1 infantry fighting vehicle against our positions near the Troyitske settlement," the report said.

Read alsoDonbas militants fire at OSCE observers' UAVNo attacks have been recorded in the Donetsk direction over the past 24 hours.

The latest attacks did not result in any casualties, the Ukrainian forces say.

As UNIAN reported earlier, OSCE Special Monitoring Mission said that since March 5, violence in the area of hostilities had decreased by 82%.

At the same time, it was noted that last week the parties used banned weapons 13 times, against 300 a week before.