Ukrainian air reconnaissance officers claim such cases have been registered in the past. 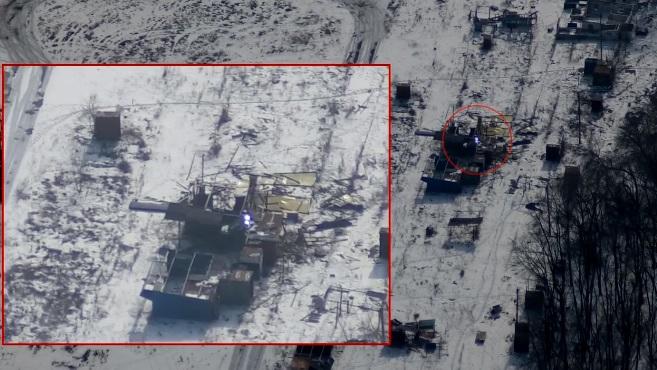 Ukrainian reconnaissance officers in Donbas, eastern Ukraine, have spotted part of the complex, which is most likely a Russian-developed electronic intelligence or electronic support solution.

Relevant footage was posted by volunteers from the Povernys Zhyvym [Back and Alive] project on Facebook on March 20.

"Such an unidentified system has been spotted by aerial reconnaissance personnel from a military unit. At first, one may think it is simply sunlight glare of broken glass. But after the light becomes weaker and resumes again, a Ukrainian quadcopter stops reading to the pilot's commands," the post said.

Ukrainian air reconnaissance officers could not first identify the equipment, but then recalled such cases in the past.

"Having seen blinking on the screen, the air reconnaissance officers recalled cases when they also lost control of their devices," the Facebook post said.

If you see a spelling error on our site, select it and press Ctrl+Enter
Tags:Donbasaerialreconnaissance