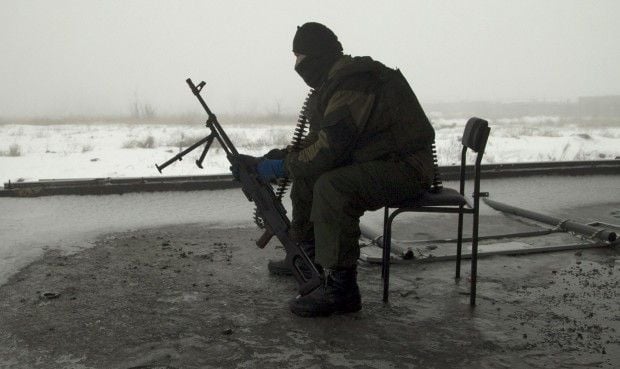 "In the Donetsk sector, the militants fired proscribed 122mm artillery systems at the positions of the Armed Forces of Ukraine in the village of Shyrokyne, while the Ukrainian fortified positions near the villages of Pavlopil and Hnutove came under fire from 120mm and 82mm mortars, grenade launchers, heavy machine guns and cannons of infantry fighting vehicles," the press center of the headquarters of Ukraine's military operations reported on Facebook on Thursday morning.

"The enemy also used 82mm mortars near the villages of Vodiane and Pisky. The defenders of the town of Avdiyivka, and the villages of Novotroyitske, Opytne, Kamianka, Shyrokyne, Talakivka and Pisky were attacked with the use of grenade launchers of various systems. In addition, the occupiers fired heavy machine guns at our fortified positions near the town of Maryinka, as well as small arms near Butivka coal mine and the village of Novomykhailivka," the report says.