A column of 40 trucks will reportedly deliver over 400 tonnes of humanitarian aid, namely children's food kits, study books and essentials. 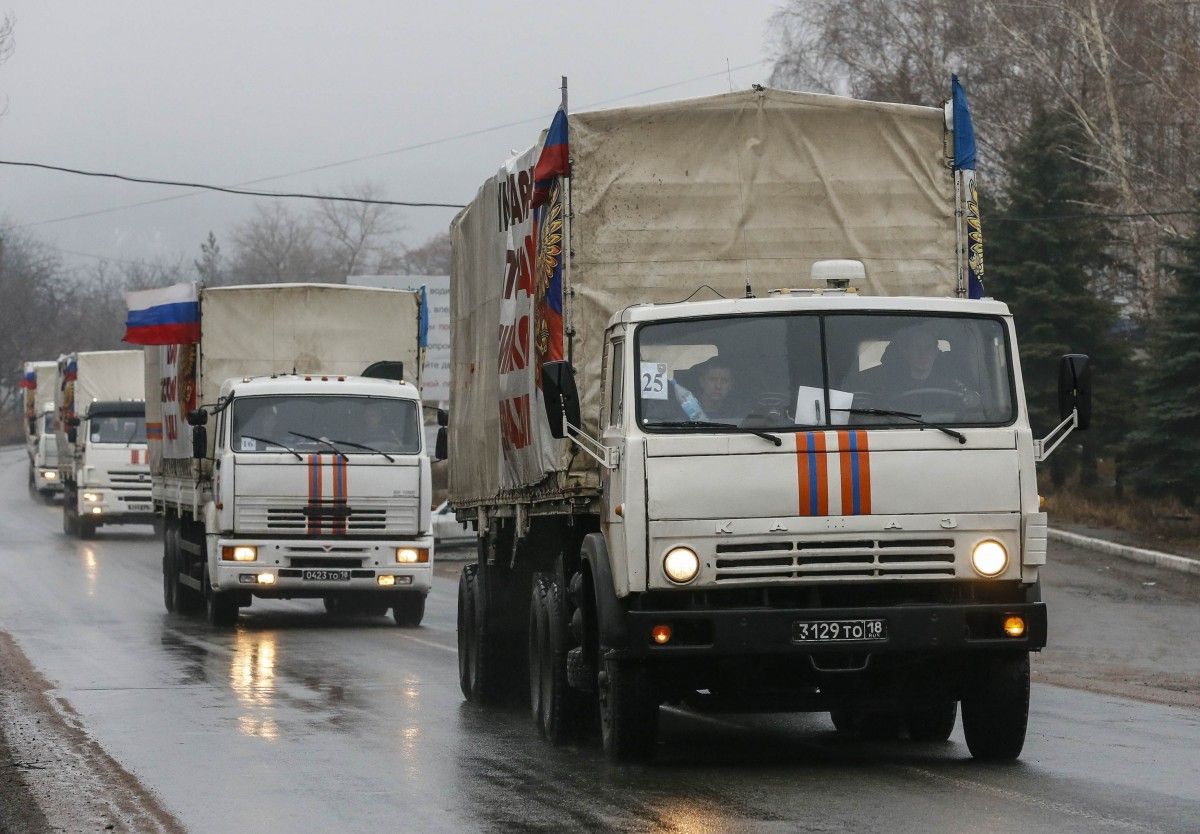 The Russian Ministry of Emergency Situations has sent its 75th "humanitarian convoy" to Donbas.

The convoy consists of two columns – one headed for Donetsk, the other – to Luhansk, the ministry's press service reported, according to an UNIAN correspondent in Russia.

A column of 40 trucks "will deliver over 400 tonnes of humanitarian aid, namely children's food kits, study books and essentials, to residents of Donbas."

Since August 2014, Russia has been sending the so-called "humanitarian" convoys to the hostility zone in Ukraine's east. Ukrainian border guards and customs officers are banned from inspecting the cargo.

The Ukrainian authorities insist that they have proof that such trucks transport weapons and ammunition along with goods for civilians.

If you see a spelling error on our site, select it and press Ctrl+Enter
Tags:RussiaDonbashumanitarianconvoy