OSCE's Alexander Hug spoke via Skype from the occupied Donetsk. 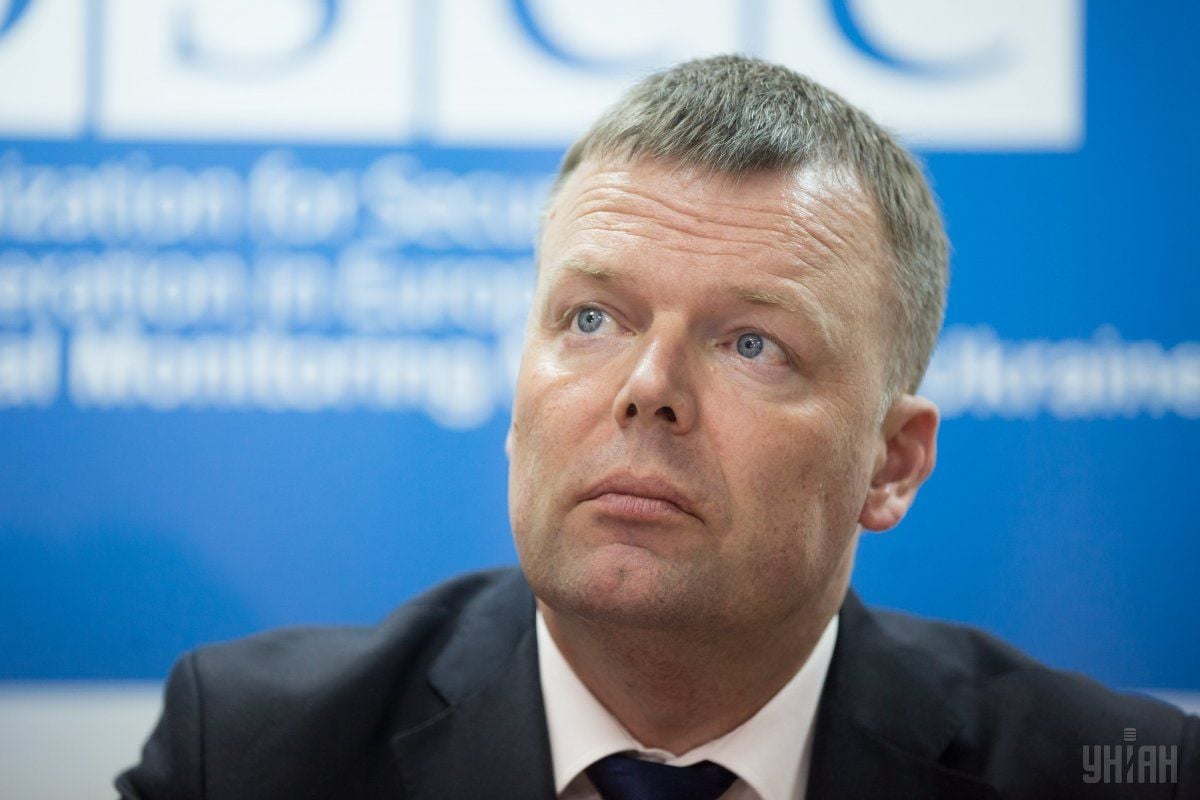 Since the recommitment to the ceasefire that took effect on 5 March the security situation in eastern Ukraine has improved. "Last week, the OSCE SMM recorded over 4,800 ceasefire violations. […] It represents a considerable improvement of the situation compares with the one prior to the recommitment when the OSCE SMM recorded over 7,000 ceasefire violations," reported Alexander Hug, Principal Deputy Chief Monitor of the OSCE Special Monitoring Mission to Ukraine, via Skype at a press-briefing at Ukraine Crisis Media Center.

At 00:00 on March 30, another recommitment to the ceasefire came into effect. “It is another opportunity for the sides to work towards a full sustainable ceasefire,” noted the OSCE SMM Deputy Chief Monitor.

Read alsoOSCE relaunches long-range surveillance drone program in UkraineThe SMM has plans to extend its presence along the contact line and beyond it. “We, for instance, plan to open presence near the unsecured border with the Russian Federation, in towns such as Novoazovsk or Amvrosiivka in Donetsk region,” Alexander Hug said.