The Ukrainian side says it is ready to do its best to fulfill the agreements reached by the Trilateral Contact Group in Minsk. 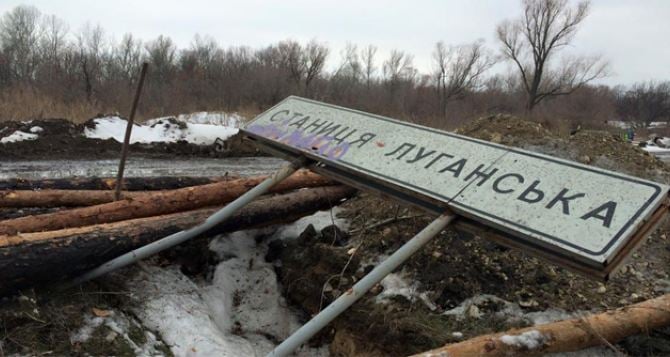 Ukraine has confirmed at the Minsk talks of the Trilateral Contact Group (TCG) on Donbas that the Armed Forces of Ukraine are ready for disengagement near the village of Stanytsia Luhanska on April 10 if Russian-led troops observe a full ceasefire.

"The Ukrainian side has confirmed its readiness to continue doing everything possible to fulfill the TCG's agreements on the Easter truce," Darka Olifer, the press secretary of Ukraine's second president and envoy to the Trilateral Contact Group Leonid Kuchma, wrote on Facebook on April 4. "Disengagement near Stanytsia Luhanska may take place on April 10 if there is no shooting there."

According to her, repairs to the bridge crossing in Stanytsia Luhanska were also discussed at all levels.

"The Ukrainian side has once again stressed that we support repairs to the bridge in line with the parameters approved by the relevant competent authorities," she said. "Security guarantees for repair teams are key in this context."

The Ukrainian side also expects that the self-proclaimed republics "will fulfill their obligations to provide security guarantees to Vodafone Ukraine personnel who are to fix mobile communications equipment," she added.

As UNIAN reported, Ukraine's Defense Ministry announced on April 2 that the disengagement of troops and military hardware was impossible near Stanytsia Luhanska due to ongoing shelling.

UNIAN memo. The Trilateral Contact Group's Framework Decision on the disengagement of troops and weapons along the contact line in Donbas was signed on September 21, 2016. The document mentions three local settlements – Zolote, Petrovske and Stanytsia Luhanska. The sides managed to disengage their forces and military hardware in Zolote on October 1, 2016, and in Petrovske on October 7, 2016. Disengagement near Stanytsia Luhanska was scheduled for October 9, 2016, but it failed because of shelling by the Russian occupation forces. Another deadline for Stanytsia Luhanska was set on March 5, 2018, but it also failed.

If you see a spelling error on our site, select it and press Ctrl+Enter
Tags:StanytsiaLuhanskaDonbasWar