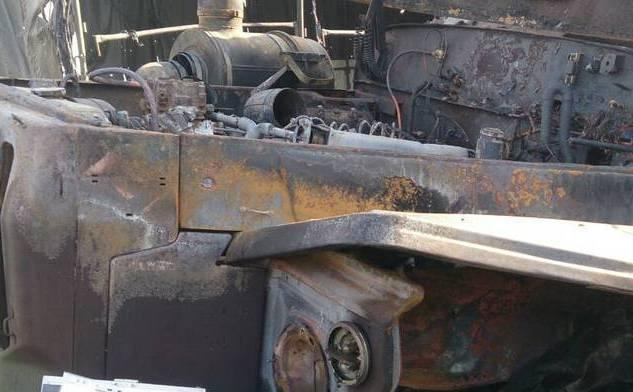 Sounds of explosions were heard the airfield as well as in the central and eastern blocks of the militant stronghold overnight Tuesday.

"About 10 blasts were heard at about 02:00, our windows trembling," a Luhansk local said, according to Liga.net.

No casualties have been reported on Tuesday.

Read also"DPR" terrorists suffer significant losses near Dokuchaievsk – volunteers"As always, militants might accuse the Ukrainian military of shellings, and try to make it look that way. Everyone is just laughing at this," another local added.

The man said that following announcements on a possible introduction of peacekeepers, terrorists and Russian propagandists might deliberately attempt to escalate the situation in the city and raise anxiety among the locals over the alleged "offensive by Ukrainian Armed Forces."

One of the pro-militant websites reported that four units of military equipment, which were supposed to participate in "Victory Parade" on May 9, had allegedly been damaged.

If you see a spelling error on our site, select it and press Ctrl+Enter
Tags:DonbasUkraineLuhanskblastterrorists