Earlier, the Briton fought the Islamic State in the ranks of Kurdish military groups in Syria. 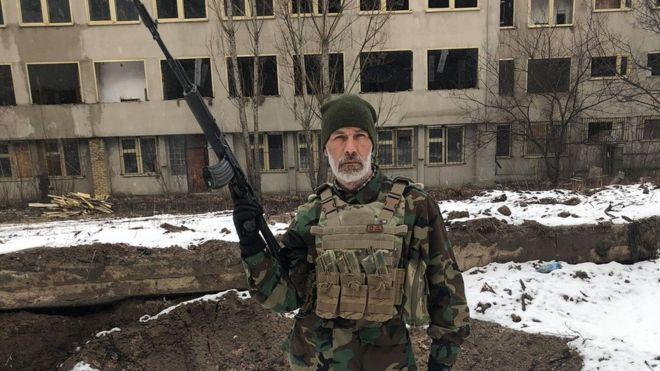 John Harding, a 55-year-old ex-army serviceman from the north-east of England in February joined the Georgian National Legion, a formation embroiled in the Donbas fighting alongside the Ukrainian Armed Forces.

"Other people's wars aren't a big thing on British media," Harding told BBC. "Certainly not as big as they should be in my opinion, so us being here will make people more aware of what's going on."

Read alsoUkraine's Joint Forces Operation chief comments on Russia's possible invasion in summerJohn's more conventional military experience began when he was aged 16, when he joined the army after leaving school, serving for nine years. Later on in civilian life he worked as an engineer.

But in 2015, seeing the rise of the so-called Islamic State, he decided to make something of a return to his military roots and signed up to fight as a volunteer with the Kurds in Syria. He spent months on the front lines with Kurdish fighters in Syria as they captured territory from IS at the height of the jihadist group's rampage.

On returning to the UK, he was arrested and questioned by British counter-terrorism police. This year he was again pulled aside for questioning at Heathrow before boarding the flight to Ukraine.

The Home Office will not comment specifically on fighting in Ukraine, but says it advises against fighting any group abroad.

"They say I will be stopped any time I come into or leave the UK," John adds.

Read alsoJoint Forces Operation kicks off in Donbas"I don't call myself a mercenary, but I'm sure other people will," he says. "I call myself a freedom fighter."

While the motivations of foreign fighters are often questioned, John said going to Ukraine was not the result of a desire to kill.

"I'm a conflict medic so you probably can't make that argument with me," he says.

"Some people are politically motivated, some people have the desire to fight a war, there are people that have been ex-military and never been deployed, they feel like they've got something to prove.

"My personal view is that it doesn't really matter what reasons people come for, as long as the results are valid. What isn't welcome is people that come here to kill people. Even though that might be part of the job, it can't be the motivating reason."

John is not the only Briton to have signed up to join the conflict in Ukraine. 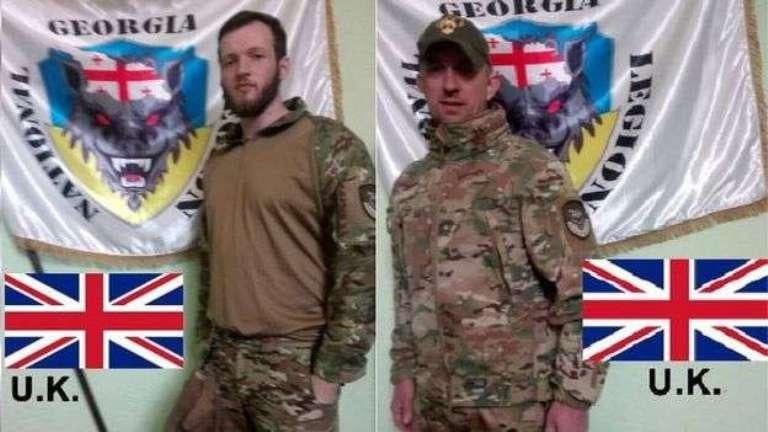 The Georgian National Legion proudly displays pictures of its newest recruits on Facebook.

Standing in front of the battalion's flag are Tony, Sean and Ashley - all from the UK. The men say at least six from Britain have joined, but not all wish to be identified.

"In essence the idea of forming the Georgian National Legion was to stand up to Russian aggression," says commander Mamuka Mamulashvili, who says he founded the unit as a volunteer battalion in 2014.

If you see a spelling error on our site, select it and press Ctrl+Enter
Tags:Ukrainevolunteershybridwar