Lusvarghi's retrial is expected to begin on June 6. 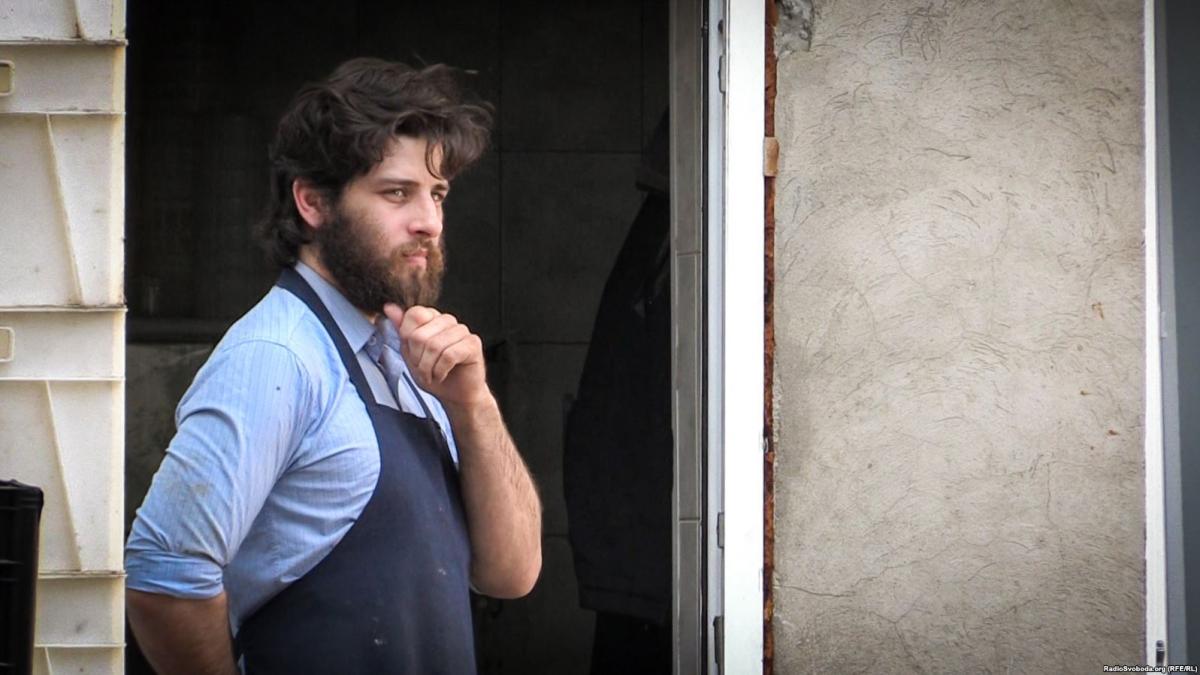 Rafael Lusvarghi, a 33-year-old Brazilian mercenary, who fought on the side of Russian-led troops against the Ukrainian army in Donbas, eastern Ukraine, and who was sentenced to 13 years in prison in Ukraine on charges of terrorism, has been secretly living in Kyiv's Moscow-controlled Sviato-Pokrovsky Holosiyivsky Monastery.

"Since his surprise release in December, after 14 months in jail, he has been secretly living within the red-brick walls of this monastery of the Ukrainian Orthodox Church of the Moscow Patriarchate, where he says he is learning the ascetic ways of a monk," Radio Free Europe/Radio Liberty (RFE/RL) reported.

"When I was in prison I was reading books about the [Orthodox] religion, and I became a man of god. I pray every day," RFE/RL quoted Lusvarghi as saying in English after being approached outside the monastery's kitchen on April 29.

Lusvarghi, the self-described former member of the French Foreign Legion, arrived in Russian-occupied Donbas in the middle of 2015, avowing "great love for Russia" and being determined to fight "fascism" in Ukraine.

He fought in such "signal Ukrainian battles like the fights for the town of Debaltseve and Donetsk airport," where the Ukrainian army sustained heavy losses.

Read alsoPriests of UOC of Moscow Patriarchate reportedly pray for militants in Donbas, bless arms – mediaHe was also a military instructor and scout for Russian-led separatist forces. What is more, he was used as a propaganda tool to recruit foreign fighters to join those fighting Ukrainian forces.

"Such visibility helped him carry out another task at the time: recruiting foreign fighters in a yearslong conflict with many Russian combatants but also occasionally fighters from the United States, United Kingdom, Central Asia, or nearby Georgia," RFE/RL wrote.

Lusvarghi left eastern Ukraine via Russia and returned to Brazil in summer 2016, with the battle lines in Donbas mostly frozen but skirmishes creating casualties almost daily. Then he decided to return to Ukraine later in the year, following what he would soon discover was a false job offer from the Ukrainian Security Service. He was arrested upon arrival at Kyiv's Boryspil International Airport that October and soon put on trial.

In January 2017, Lusvarghi became the first non-Russian convicted for crimes related to the war when he was found guilty of creating a "terrorist organization" and "recruiting mercenaries for terrorists."

Much to Lusvarghi's surprise, in August, the Kyiv Court of Appeals quietly overturned the verdict, accepting the defense's arguments over jurisdiction and the prosecution's focus on his admission of guilt without considering all the evidence or his allegation of illegal force used against him, the Kharkiv Human Rights Protection Group reported at the time.

The appeals court ordered further investigation and a retrial, while extending Lusvarghi's detention.

Then in December, for reasons unknown to him, he was released from prison.

"Why I'm not in [prison], I don't know," he says, adding that the Ukrainian authorities gave neither him nor his lawyer, Valentin Rybin, a reason for his release. "I can't explain and I don't understand."

"Without his passport, currently held by Ukrainian authorities while they continue to investigate his case, he is stuck in the country he took up arms to fight," RFE/RL said.

According to Radio Liberty's Ukrainian-language service, changing the measure of restraint was initiated by the prosecutor in the case, Ihor Vovk, in connection with preparations for the exchange of prisoners between Ukraine and the self-proclaimed Donbas republics, the "DPR" and the "LPR."

"He was supposed to be swapped for hostages held in the 'DPR' and the 'LPR.' Thus, his measure of restraint had to be changed, as he was accused of crimes that suggested imprisonment. Despite this, the court decided to do this [release him]," Vovk explained.

According to the lawyer of the accused, Valentin Rybin, his client was on the swap lists, but the exchange of Lusvarghi did not take place.

Lusvarghi says he had hoped to be included in the large prisoner exchange in December, RFE/RL wrote. He still hopes that he might be included in a future swap.

"Why I stayed back? Are there others who stayed back as well?" Lusvarghi asks. "I wanted to be exchanged. The fact that I stayed behind, it's against my will."

"I would like to return to my country. But, if it's the only option, I'm fine with returning to [occupied Donetsk]," he adds.

Lusvarghi says his retrial is expected to begin on June 6.

If you see a spelling error on our site, select it and press Ctrl+Enter
Tags:RussianAggressionRussianPropagandaPutinAtWaroccupiedDonbas