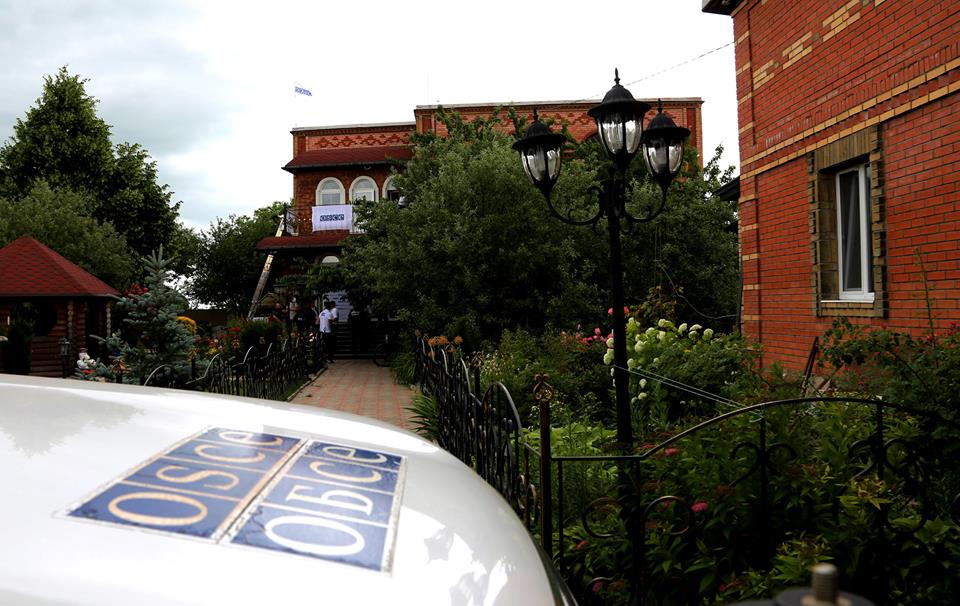 The OSCE Special Monitoring Mission (SMM) to Ukraine has reported it spotted a significant accumulation of heavy weapons near the occupied village of Buhaivka in Donbas.

"The SMM continued to monitor the withdrawal of weapons in implementation of the Memorandum and the Package of Measures and its Addendum. In violation of withdrawal lines in non-government-controlled areas, on May 20, an SMM mini-UAV spotted 15 self-propelled howitzers (2S1 Gvozdika, 122mm) and an anti-tank gun (MT-12 Rapira, 100mm) south-east of Buhaivka (37km south-west of Luhansk) (in the same area the UAV spotted about 60 armoured combat vehicles and other hardware)," the OSCE SMM said in an update as of May 21.

It is also reported the following day, the SMM saw four MLRS (BM-21) near Novoamvrosiivske (56km east of Donetsk).

"Beyond withdrawal lines but outside of designated storage sites in non-government-controlled areas, on May 20, an SMM mini-UAV spotted 21 tanks (T-64), four surface-to-air missile systems (9K35 Strela-10) and seven mortars (2B11 Sani, 120mm) near Buhaivka (at the same location of the abovementioned weapons)," the monitors said.

If you see a spelling error on our site, select it and press Ctrl+Enter
Tags:DonbasweaponsOSCE