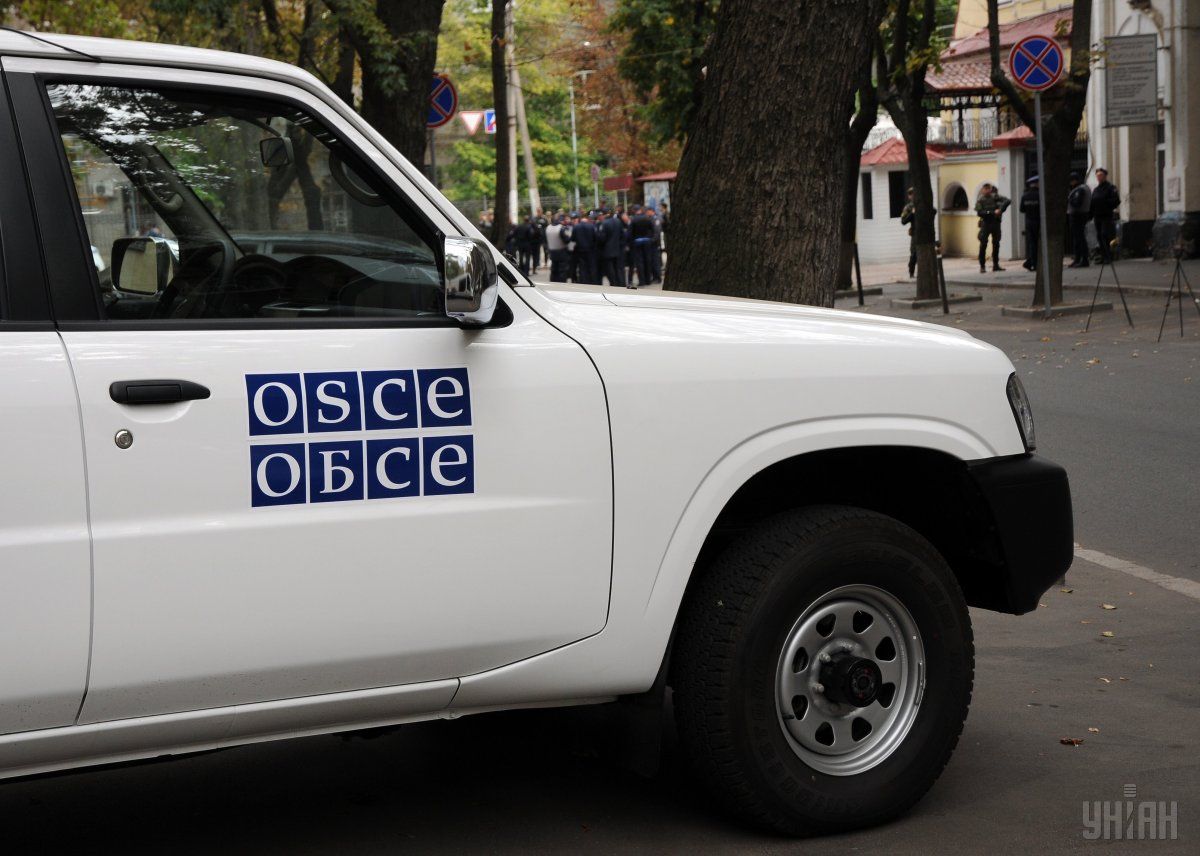 On May 30, an SMM patrol consisting of six members and two armored vehicles arrived at the SMM camera site just outside the disengagement area near Petrivske 41km south of a militant stronghold of Donetsk.

"At 10:58 the patrol members were stationary in two vehicles with the doors open when they all heard a whistling sound followed by an explosion, and saw dark grey smoke coming from behind an abandoned brick farm building, 200-300m south-south-west, assessed as outside the disengagement area," reads the OSCE SMM's daily spot report.

Read alsoOSCE mission comes under militant fire near ToretskThe monitors assessed that the explosion was caused by an impacting 82mm mortar round.

"The patrol left the area immediately and returned safely to its base in Donetsk city," the report says.

If you see a spelling error on our site, select it and press Ctrl+Enter
Tags:DonbasUkraineexplosionRussianAggressionOSCESMMconflict