The commander of combat crew had received a command to open a retaliatory fire, Mysiahin said. 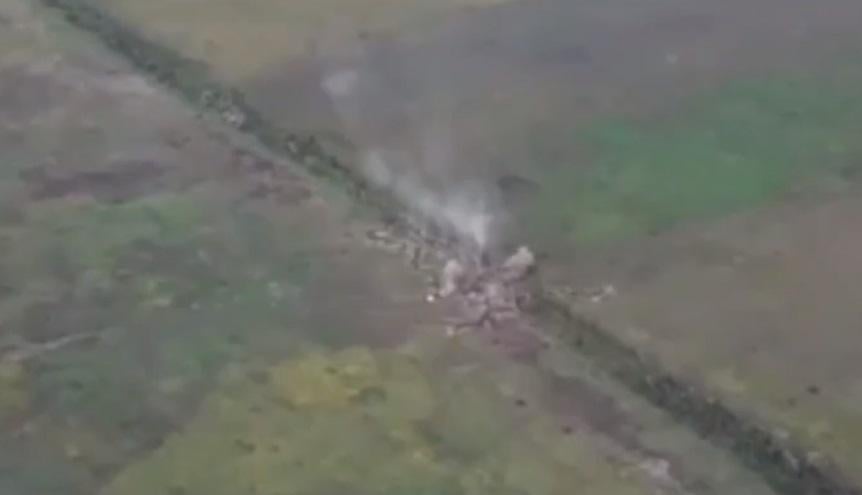 Ukrainian volunteer activist Yuriy Mysiahin has said the Ukrainian military with the help of a drone determined the direction of fire on their positions and destroyed the militants' position.

He said the commander of combat crew had received a command to open a retaliatory fire.

"It took only a few minutes and the enemy's combat position was destroyed," the volunteer wrote on Facebook.

As UNIAN reported earlier, Mysiahin said the Joint Forces had advanced up to 1 km and gained new positions near the village of Novotoshkivske, Luhansk region.

If you see a spelling error on our site, select it and press Ctrl+Enter
Tags:DonbasmilitantsUkraineArmyposition