Near Yuzhne, the enemy actively employed mortars, grenade launchers and heavy machine guns, to provide cover for their sniper and a sabotage group. 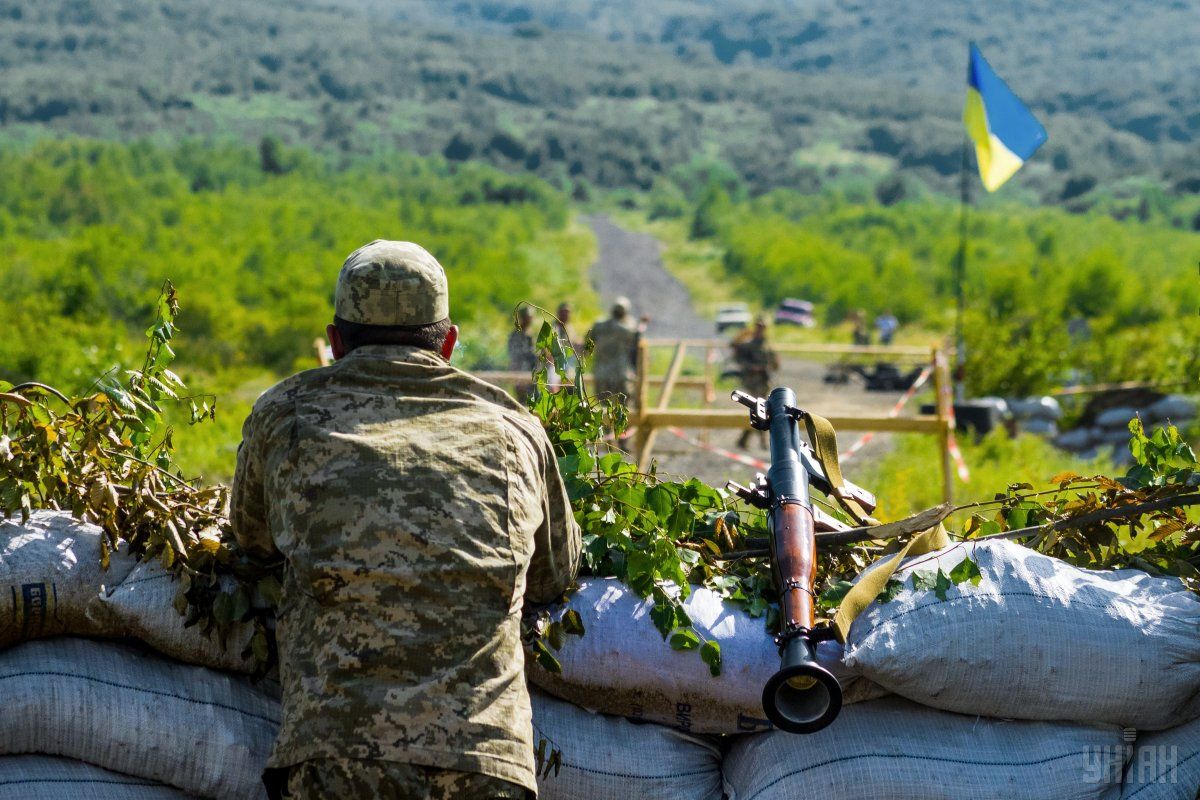 Over the past 24 hours, Russian occupation forces led aimed fire on the positions of the Joint Forces in the conflict zone, with 28 shellings recorded, including nine attacks with the use of heavy weapons.

In some sectors of the front line, militants employed tanks, artillery and mortars, prohibited by the Minsk accords, the Joint Forces HQ reported.

Four Ukrainian military were killed in action and another two - wounded.

It is noted that in the Luhansk direction, the enemy intensified their attacks at night and fired on the defenders of Novotoshkivske from the tank, mortars, automatic grenade launchers and infantry fighting vehicles.

Also, battles were ongoing at the Svitlodarska Arc bulge where militants shelled the JF positions in the area of Svitlodarsk and Novozvanivka.

Near Yuzhne, the enemy actively employed mortars, grenade launchers and heavy machine guns, to provide cover for their sniper and a sabotage group.

Shellings were also recorded near Luhanske.

In the Donetsk direction, the enemy fired from grenade launchers, heavy machine guns and small arms on our positions near the settlements of Maryinka, Verkhniotoretske, and Avdiyivka.

In the Mariupol direction, the enemy continued firing on the Ukrainian positions with the use of weapons that are supposed to be withdrawn at a distance specified by the Minsk accords. Thus, the enemy employed 122mm artillery, 120mm mortars and anti-tank grenade launchers against the defenders of Pavlopil and opened fire on JF positions in the area of Vodiane, Lebedynske, Hnutove, Novotroyitske and Shyrokyne.

"According to the updated intelligence report, nine militants of the Russian occupation forces were killed and eight wounded," added the HQ.