14:08, 02 July 2018
War
1598 0
Footage with a Ukrainian serviceman raising the Ukrainian flag over the liberated village was also shared via social works. 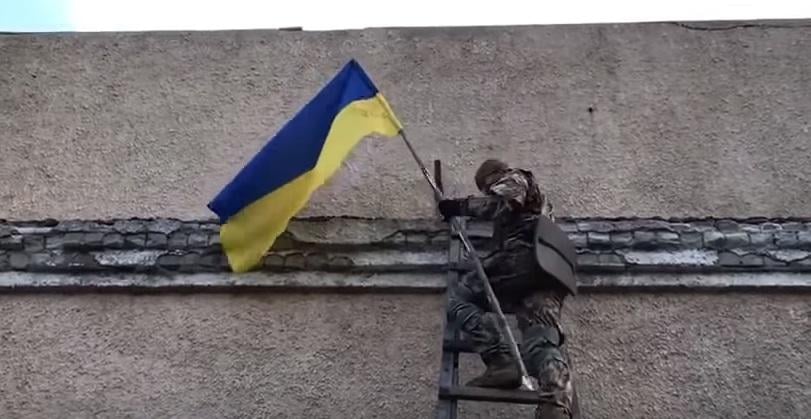 He explained that Zolote-4 had earlier had uncertain status, since only part of the village was under control of the Ukrainian military.

"There were fighting confrontations for these positions. Now the dangerous pressure on the population of Zolote-4 has already been reduced, because this is already our territory, the troops are deployed and the Russian military does not have such influence," Ilchenko told Hromadske Radio.

According to him, about 800 people are now living in the village. However, the exact number of residents is still being clarified.

"In any case, the village is located on the front line, and, given the range of the mortar mine, it will remain in the impact zone. But the gray zone has been reduced – this is a fact. Zolote-4 is finally under Ukrainian control," Ilchenko said.

Earlier, the press center of Ukraine's Joint Forces Operation confirmed the Armed Forces of Ukraine had retaken Zolote-4 in Luhansk region, which was located in the "gray zone."

Footage with a Ukrainian serviceman raising the Ukrainian flag over the liberated village was also shared via social works.

If you see a spelling error on our site, select it and press Ctrl+Enter
Tags: #Donbas#RussianAggression#Zolote#Luhanskregion
Latest news