There have been no casualties among the Ukrainian soldiers for the current day. 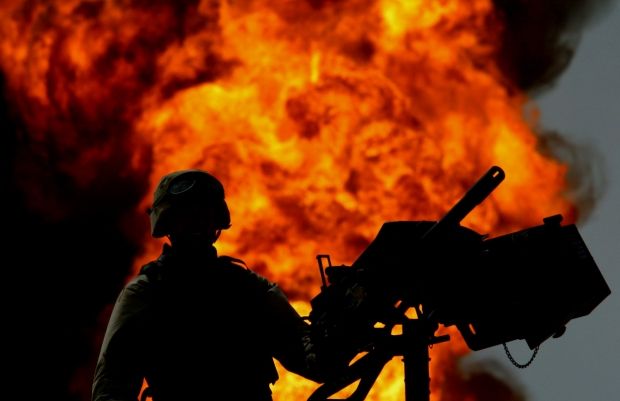 "In the Svitlodarsk and Mariupol directions, Russian occupation forces opened fire twice, using heavy machine guns and small arms to attack the Joint Forces positions near the villages of Novoluhanske and Shyrokyne," the press center of Ukraine's Joint Forces Operation (JFO) said in an update on Facebook as of 18:00 Kyiv time on July 7, 2018.

The Ukrainian soldiers control the situation, steadily hold their positions, and adhere to the ceasefire, the report said.

No casualties among the Ukrainian troops have been reported over the past day, the press service added.

As UNIAN reported, spokesman for the Defense Ministry Dmytro Hutsuliak earlier said at a briefing that militants mounted three attacks on the JF positions from midnight until 11:00 on Saturday.

If you see a spelling error on our site, select it and press Ctrl+Enter
Tags:RussiaDonbasmilitantsattackceasefirearmyceasefireviolationsJFO