JFO: Ukraine reports 1 WIA amid 17 enemy attacks in Donbas in past day 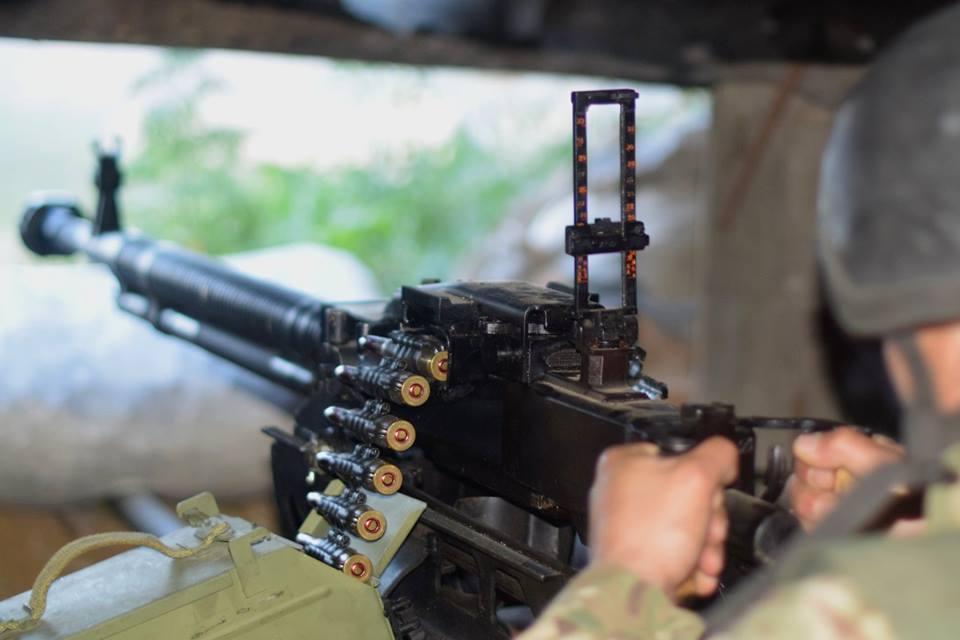 Russia's hybrid military forces mounted 17 attacks on Ukrainian army positions in Donbas in the past 24 hours, with one Ukrainian soldier reported as wounded in action (WIA).

"According to intelligence reports, two occupiers were wounded," the press center of Ukraine's Joint Forces Operation (JFO) said in an update on Facebook as of 07:00 Kyiv time on July 12, 2018.

In the Luhansk sector, the enemy made another provocation near the disengagement area in the village of Stanytsia Luhanska, having launched several shells from a heavy machine gun toward the Ukrainian positions, once again thwarting the implementation of the decision of the Trilateral Contact Group. The defenders of the village of Krymske also came under fire from grenade launchers.

Read alsoVolker: Ukrainians also shooting in Donbas, but it's their country

It is noted that the invaders were significantly active in the Svitlodarsk sector. Here, the enemy employed grenade launchers, heavy machine guns and small arms seven times against the Ukrainian positions in the town of Svitlodarsk, and the villages of Novoluhanske and Luhanske.

In the Donetsk and Mariupol sectors, the enemy's activity decreased compared to the previous days. The Russian occupation troops opened a single fire from grenade launchers, heavy machine guns and small arms at the defenders of the towns of Krasnohorivka, Maryinka and Avdiyivka, and the villages of Talakivka and Shyrokyne.

Since day-start, the enemy has violated the ceasefire five times in the Donetsk and Mariupol sectors. The Ukrainian positions near Maryinka, and the villages of Berezove, Troyitske and Vodiane were fired at from heavy machine guns and small arms.