Russian occupation forces continue to mine the area along the contact line between the warring parties in eastern Ukraine. 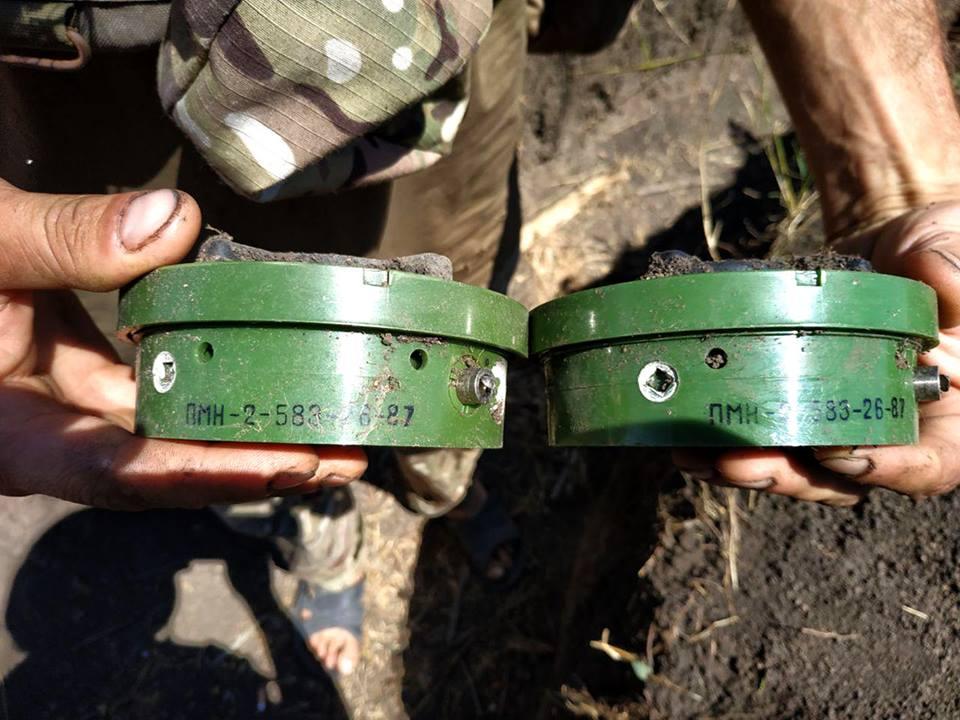 Spokesman for the Defense Ministry, Dmytro Hutsuliak, says an enemy sabotage and reconnaissance group and a unit of sappers of the occupation forces blew up on their own mines in Donbas yesterday when trying to get beyond the contact line.

"According to the Main Intelligence Directorate of the Ministry of Defense of Ukraine, the Russian occupation forces continue engineering work to strengthen advanced positions, installing additional mine obstacles, including anti-personnel mines prohibited by international conventions," he said at a briefing on Tuesday, an UNIAN correspondent reports.

However, according to Hutsuliak, the chaotic mining of terrain and lack of interaction between the units of occupation troops lead to liveforce losses.

"In particular, on July 23, an enemy sabotage and reconnaissance group and the so-called 'servicemen' of the engineer-sapper unit, who were supposed to ensure its passage, blew up at their own minefield when trying to get beyond the contact line," the spokesman said.

As UNIAN reported earlier, according to intelligence reports, four occupiers were wounded in the last day.