The situation in the area of the Joint Forces Operation remains controlled. 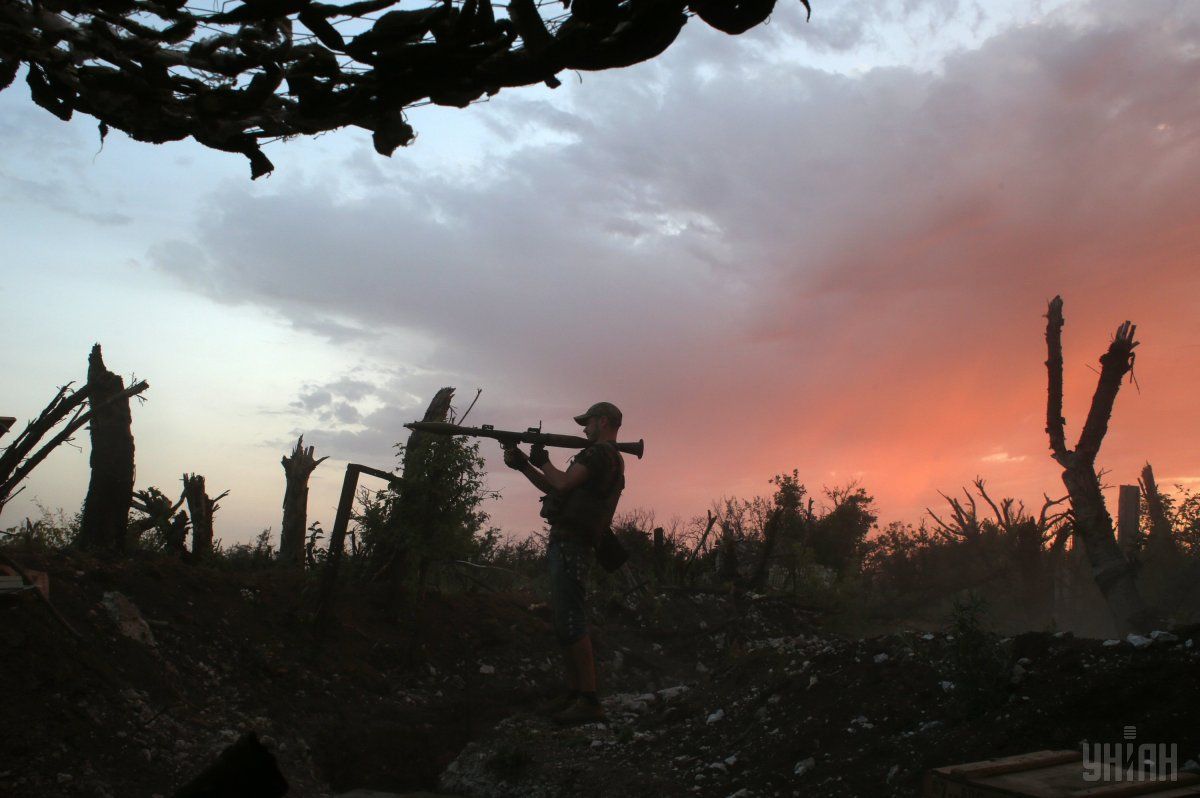 Russia's hybrid military forces mounted 14 attacks on Ukrainian army positions in Donbas on Monday, with one Ukrainian soldier reported as wounded in action.

"The occupiers opened aimed fire from grenade launchers, heavy machine guns and small arms to attack the defenders of the villages of Krymske, Novotoshkivske, Troyitske, Novozvanivka, Novoluhanske, Novotroyitske, Bohdanivka, Hnutove and Lebedynske," the press center of Ukraine's Joint Forces Operation said in an update on Facebook as of 18:00 Kyiv time on August 13, 2018.

"At the same time, the enemy used 122mm artillery systems against the defenders of Novotoshkivske, 82mm mortars against the Ukrainian military in Troyitske and Novozvanivka, as well as 120mm mortars near Bohdanivka. In certain areas, the enemy engaged infantry fighting vehicles and anti-tank missile systems. One soldier of the Armed Forces of Ukraine was wounded during hostilities," the report says.

"The situation in the area of the Joint Forces Operation remains controlled," the press center added.