The Ukrainian military continues adhering to the Minsk agreements and observing the ceasefire. 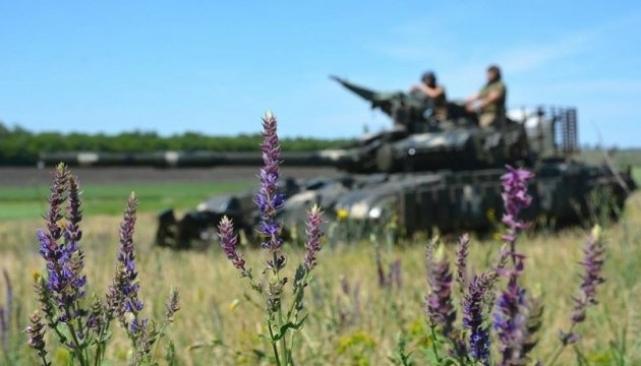 Commander of Ukraine's Joint Forces Operation (JFO) Serhiy Nayev says the Ukrainian army has advanced 15 square kilometers in Donbas, eastern Ukraine, since the beginning of the operation at the end of April 2018.

"In the course of stabilization actions since the beginning of the JFO, we have managed to ensure and maintain full control along the contact line with the enemy, the proper level of security and stability in all sectors of the operation. Establishing security bands in the Volnovakha, Horlivka, Sievierodonetsk and Svitlodarsk directions allowed us to retake about 15 square kilometers of Ukrainian territory, including populated localities," he said.

At the same time, Nayev stressed the Ukrainian military adhere to the Minsk agreements and observe the ceasefire, but "adequately respond to the provocations of the Russian Federation."

An Anti-Terrorist Operation (ATO) was completed in Donbas on April 30, switching the format to that of the Joint Forces Operation of the Armed Forces of Ukraine.

If you see a spelling error on our site, select it and press Ctrl+Enter
Tags:DonbasUkraineRussianAggressionadvanceJFONayev