Not only civilian houses but also facilities belonging to a local school have been damaged in the attack. 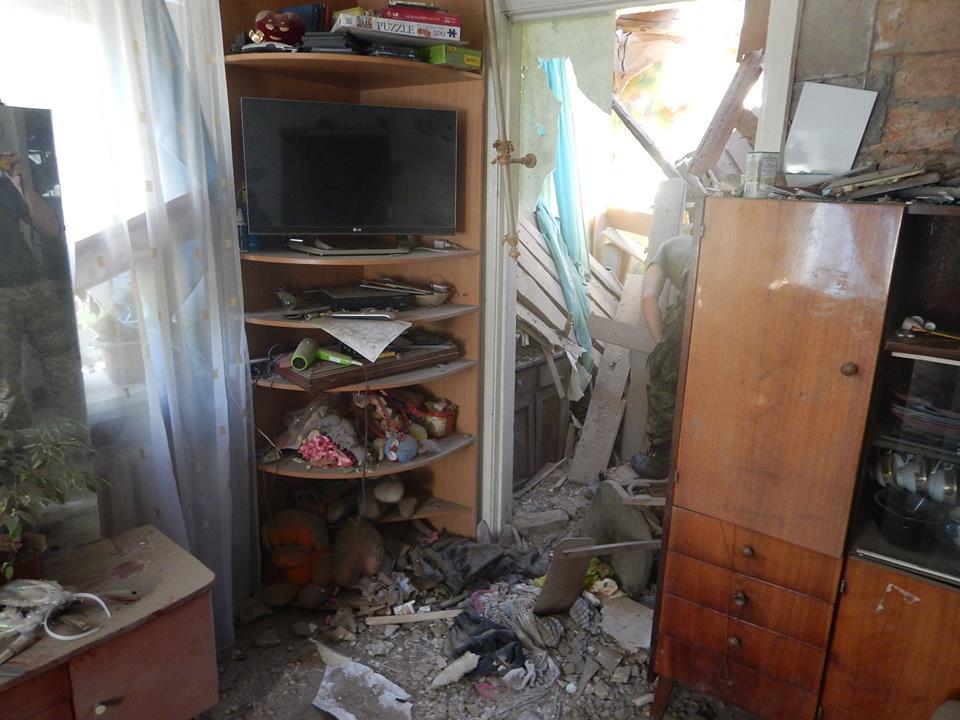 The incident happened at 05:10 Kyiv time on August 24 / Photo from facebook.com/pressjfo.news

The father of two children has been killed a recent attack by Russian-led forces in Donbas, eastern Ukraine, on the Ukrainian village of Vrubivka in Luhansk region.

The man, 35, died of wounds after one of the seven 152mm artillery shells, which were fired by Russia-controlled terrorists, had hit the yard of his house in the morning of August 24, the press service of the Joint Forces Operation reported on Friday, August 24.

"Having grossly violated the Minsk accords and completely disregarded civilians' lives, the Russian occupation forces on August 24 fired heavy artillery to attack the residential sector of the village of Vrubivka in Luhansk region, which is located 17 km from the contact line. At  about 6 o'clock in the morning, six [later reports mentioned "seven"] 152mm rounds hit private yards in the center of the village. Local resident, Andriy Oliynyk, born in 1983, received injuries incompatible with life. The scale of the destruction is being examined," the JFO press service said on Facebook.

Not only civilian houses but also facilities belonging to a local school have been damaged in the attack.

The Ukrainian members of the Joint Centre for Control and Coordination in Donbas are working on the crime scene jointly with representatives of the General Prosecutor's Office of Ukraine, local executive authorities and the OSCE Special Monitoring Mission to Ukraine to document the facts of the civilian death.

According to their preliminary report, one house has been ruined, while windows and roofs of about 50 private houses have been damaged.