Russia sends "up to 1,000 tanks towards border with Ukraine" – media 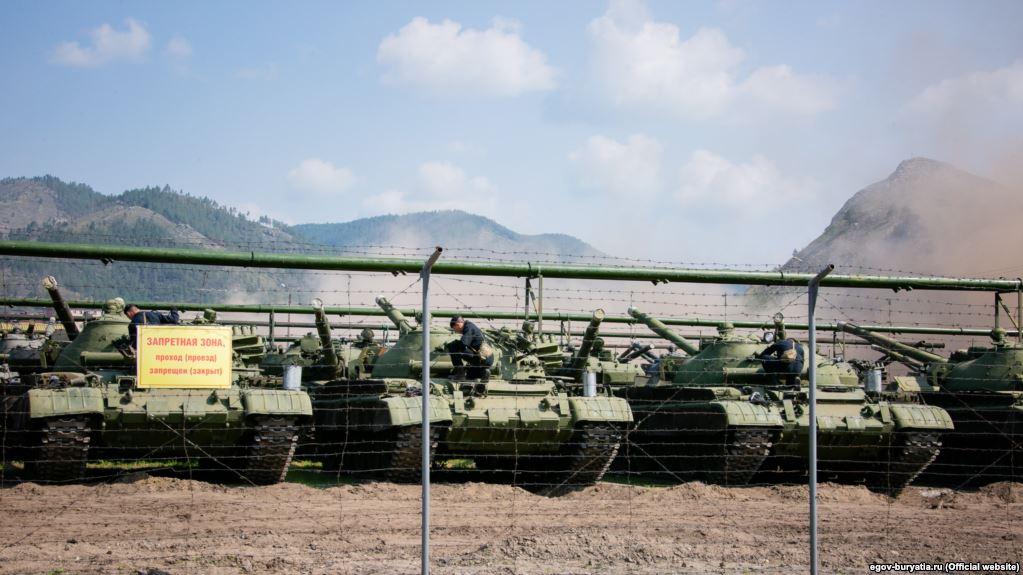 Trackers of Vladimir Putin's army have posted pictures of cargo trains carrying the hulking the war machines along with other snaps showing armored vehicles also being transported, The Sun wrote.

Echelons of tanks were spotted moving toward the border from Russia's distant Buryatia region, according to RFE/RL's Ukrainian Bureau.

Analysts at Strategic Sentinel believe that "between 500 and 1000 tanks" have been moved towards Russia's western borders in the past two weeks.

This comes amid rising tensions in Ukraine following the killing of Russian puppet "DPR leader" Aleksandr Zakharchenko who died in a bomb attack at a cafe in Donetsk.

The tanks pictured are ageing Soviet-era T-62s which would not be used in frontline combat.

"Given the amount of trains spotted with this cargo heading west, it's likely between 500 to 1000 tanks have been moved in the past 2 weeks."

The account added: "These tanks are very old and #Russia has several new tanks it could deployed to this region.

"These units probably make up a reserve force and not a frontline battle unit."

However, other military enthusiasts online have suggested the tanks could be used as "cannon fodder" to "storm positions."

Russia's relationship with NATO is increasingly strained following its military intervention in Ukraine in 2014 and the ongoing presence of Putin's military on the country's borders.