Ukraine's SBU Security Service was unable to plant explosives in that cafe. 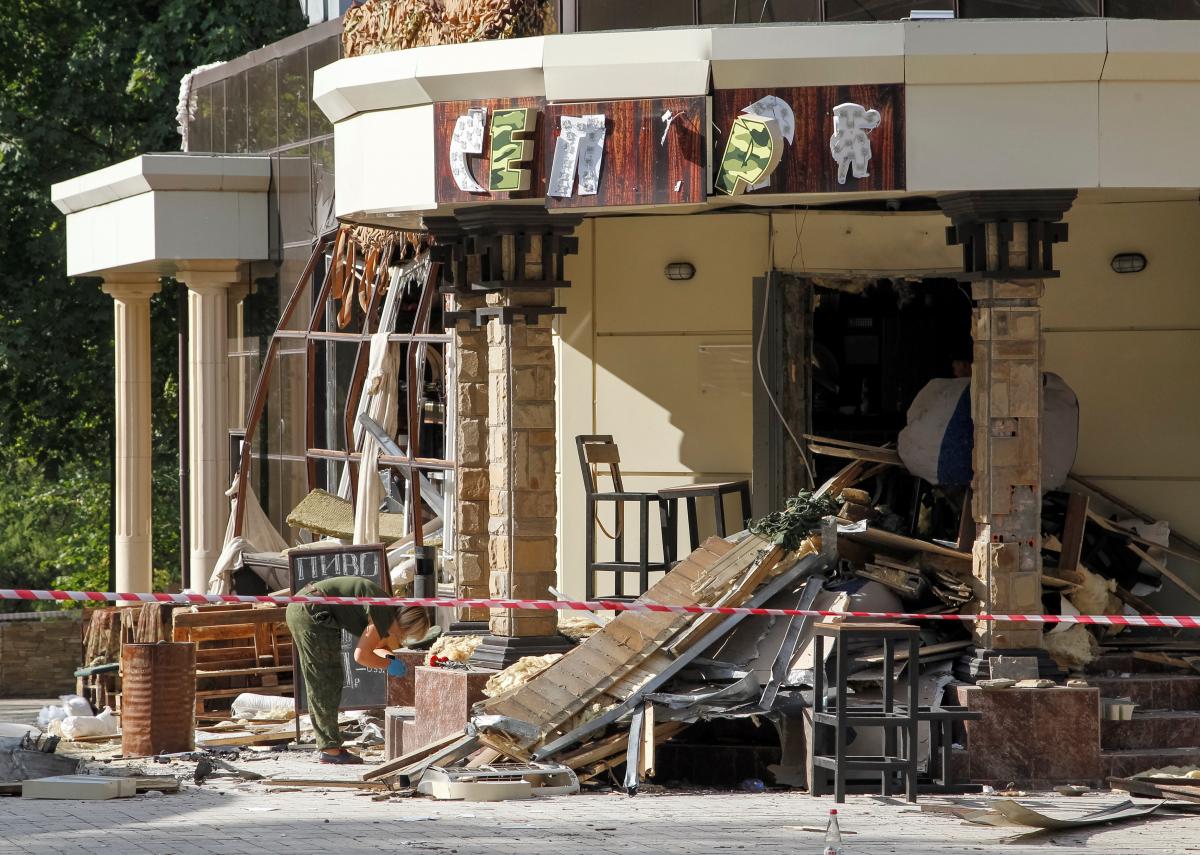 Ukraine's intelligence service has explained why Russia's Federal Security Service (FSB) is behind the assassination of so-called leader of the self-proclaimed "Donetsk People's Republic" ("DPR") Alexander Zakharchenko – Russians are getting rid of whose who could be witnesses to Russian aggression against Ukraine in international courts.

"Indeed, the elimination of Zakharchenko, on the one hand, was an event that was predicted because all the notorious leaders of the so-called "LPR" ["Luhansk People's Republic"] and "DPR" have been mopped up. These are those who took an active part in the events of 2014 [the occupation of Ukraine's Crimea and Donbas] and those that can become witnesses in international courts to Russian aggression against our state," representative of the Main Intelligence Directorate of the Ministry of Defense of Ukraine Vadym Skibitsky told Channel 5.

"According to the military intelligence of Ukraine, the FSB is really behind the assassination of Zakharchenko. It is clear that they will try to blame the Ukrainian side for the operation, which they call an act of terror, to bring any charges against us later on. But we've got reliable information that the Separ cafe [where Zakharchenko was killed in an explosion] had been under the FSB's direct control for a long period of time. Moreover, according to our information, this restaurant was fully equipped in keeping with high-level security standards. They could record video and audio, and Russia's FSB knew all the events Zakharchenko arranged at that cafe," he said.

According to Skibitsky, Ukraine's SBU Security Service was unable to plant explosives in that cafe, "because Russia had seriously controlled everything there."

As was reported earlier, an explosion in a local cafe in the Russian-occupied city of Donetsk on August 31 killed two persons, including Zakharchenko, and nine more were injured. The so-called "First Deputy Prime Minister" Dmitry Trapeznikov, who prior to the Russian-Ukrainian war was in charge of the football fan organization of tycoon Rinat Akhmetov's FC Shakhtar Donetsk, was appointed acting head of the "DPR."

If you see a spelling error on our site, select it and press Ctrl+Enter
Tags:DPRZakharchenkoterroristsRussianAggresion