Traffic was partly halted during the relocation. 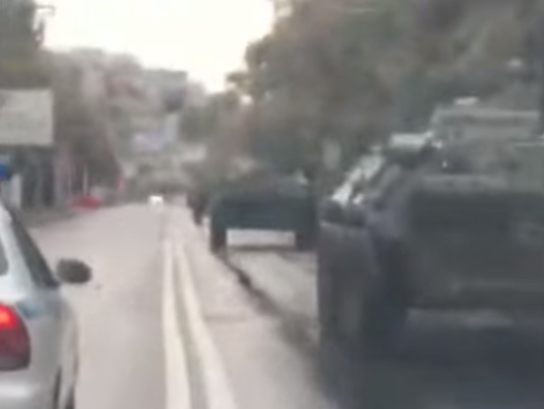 Military hardware of Russian-controlled forces has been filmed during relocation through the central quarters of the Russian-occupied city of Donetsk.

Footage shows a column of armored personnel carriers moving along Artema Street. A video caption says there were about 20 vehicles in the convoy.

Traffic was partly halted during the relocation.

As UNIAN reported earlier, Ukrainian members of the Joint Center for the Control and Coordination (JCCC) of the ceasefire and stabilization in Donbas recorded an unprecedented number of heavy weaponry being amassed in occupied Donbas.

"The Ukrainian side of the JCCC has recorded an unprecedented number of artillery systems, tanks, and armored combat vehicles outside their permanent storage sites and in violation of withdrawal lines provided for by the Minsk agreements. Also, the militants continue to ignore the 'back-to-school' ceasefire, and increase shelling," they said in a report.

If you see a spelling error on our site, select it and press Ctrl+Enter
Tags:RussiaUkraineDonetskmilitaryhardware