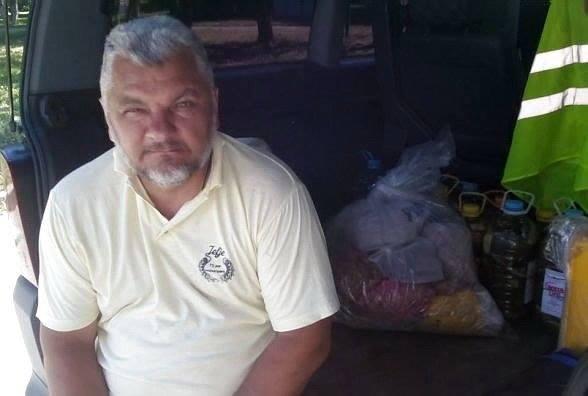 Valentyn Belinskiy, who was a volunteer and a paramedic driver of the 59th separate motorized infantry brigade, has died in Donbas, eastern Ukraine.

"Unfortunately, bad news: a paramedic driver of the 59th separate motorized infantry brigade, Belinskiy Valentyn Vitaliyovych, born in 1965, a native of the city of Vinnytsia, has passed away today. Valentyn has been a volunteer since 2014, has made about a hundred humanitarian trips to the forefront. R.I.P.…" Lileia Ivasyk wrote on Facebook on September 10.

As UNIAN reported earlier, Russia's hybrid military forces mounted 24 attacks on Ukrainian army positions in Donbas in the past 24 hours, with one Ukrainian soldier reported as killed in action (KIA) and another one as wounded in action (WIA).

If you see a spelling error on our site, select it and press Ctrl+Enter
Tags:DonbasUkrainevolunteersdeath