The other injured is a shop assistant. 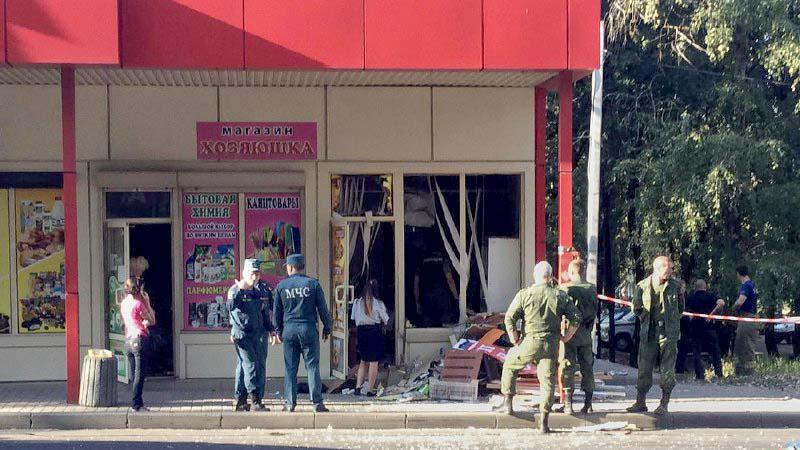 The incident happened inside a grocery store / Local media

Two people have been injured in an explosion inside a grocery store in the Russian-occupied city of Donetsk.

The incident happened near a public transport stop in Donetsk's Kirovsky district at about 16:30 local time on Friday, September 21, local media outlets said.

One of the injured, a male, reportedly threw a hand grenade. He was arrested.

The other injured is a shop assistant. Her condition is stable.

"Local" police are on the site.

The suspect is being questioned; an investigation is under way.

If you see a spelling error on our site, select it and press Ctrl+Enter
Tags:explosionDonetsk