According to intelligence reports, seven enemy troops were wounded. 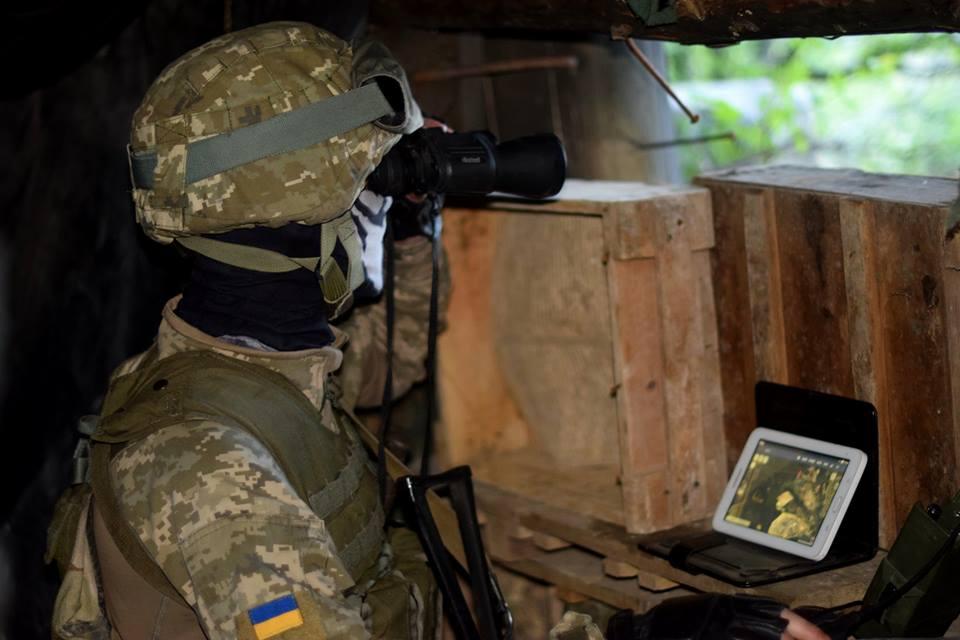 Russian-led forces mounted 28 attacks on Ukrainian troops in Donbas in the past 24 hours; in five cases, the enemy used weapons prohibited by the Minsk accords.

Russian occupation forces opened fire on the positions of the JFO troops near the town of Maryinka, and the villages of Krymske, Novotoshkivske, Zolote, Novoluhanske, Shumy, Novoselivka Druha, Pisky, Starohnanivka, Pavlopil, Hnutove, Vodiane, Lebedynske and Shyrokyne, the press center of Ukraine's Joint Forces Operation (JFO) said in an update on Facebook as of 07:00 Kyiv time on September 23, 2018.

In the direction of the town of Svitlodarsk, the occupiers fired 82mm mortars on Ukrainian positions near Novoluhanske, as well as near Hnutove in the Mariupol direction. The enemy also used 120mm mortars to attack Ukrainian strongholds outside Shyrokyne. In addition, a Ukrainian strong point near Lebedynske in the Mariupol direction came under mortar fire of both calibers. Russian occupation troops opened aimed fire from arms installed on infantry fighting vehicles on defenders of Lebedynske and Hnutove.

No casualties among the Ukrainian troops have been reported over the past day. According to intelligence reports, seven enemy troops were wounded.

Since Sunday midnight, Russian-led forces have mounted six attacks on the Ukrainian positions outside Krymske, Shumy, Mayorsk, and Hnutove. The weapons prohibited by the Minsk agreements were used twice. There have been no casualties among Ukrainian troops from the start of the day.

The Ukrainian side to the Joint Center for Ceasefire Control and Coordination (JCCC) earlier reported that the militants amassed dozens of heavy weapons in the occupied part of Luhansk region.

If you see a spelling error on our site, select it and press Ctrl+Enter
Tags:RussiaDonbasmilitantsRussianAggressionintelligenceJFO