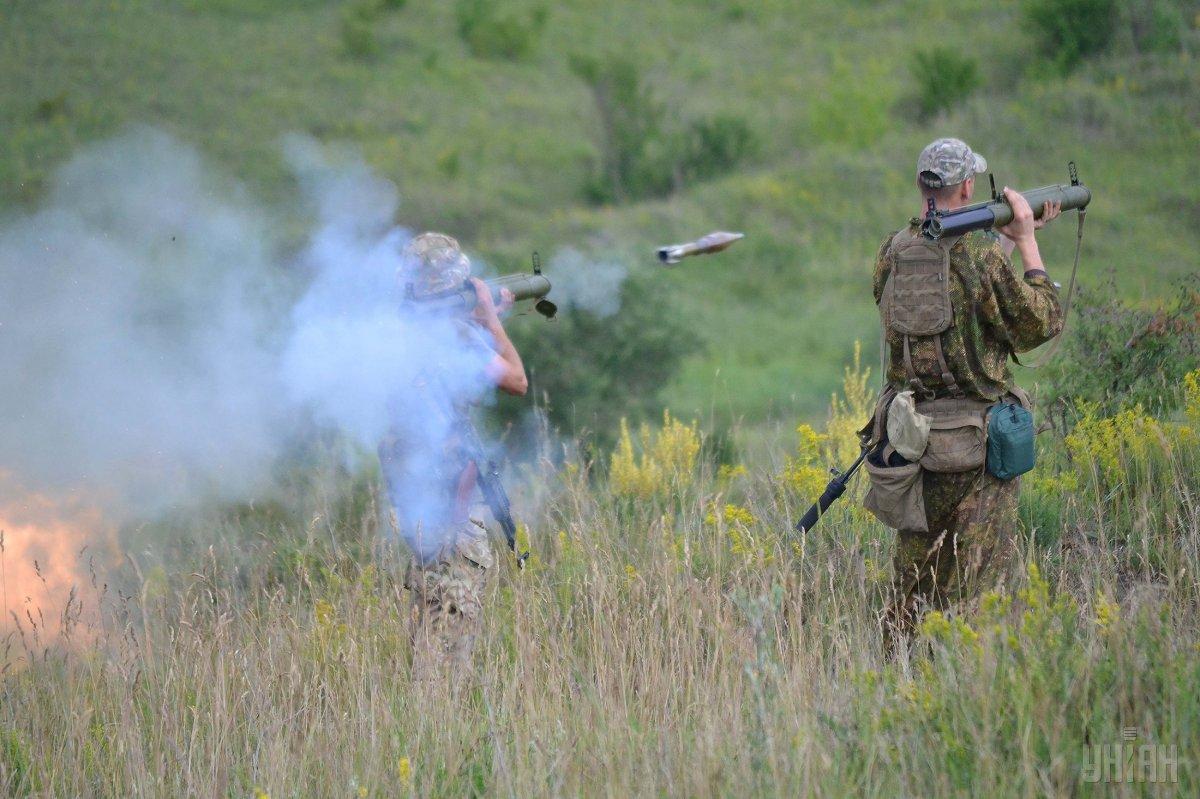 "In the daytime, the enemy opened aimed fire from grenade launchers of various systems, large-caliber machine guns and small arms on the Joint Forces positions near the town of Maryinka, and the villages of Krymske, Zaitseve, Pisky, Hnutove, Vodiane, and Lebedynske. Russian-led militants also fired 82mm mortars on a Ukrainian stronghold near Hnutove, the press center of Ukraine's Joint Forces Operation (JFO) said in an update on Facebook.

In case of threat to life, military commanders made a decision to fire back to suppress the enemy's fire activity, the press center added.

As UNIAN reported earlier, on September 23, the situation in the area of the Joint Forces Operation somewhat escalated, but remained controlled. Three Ukrainians soldiers were wounded in the past day.

If you see a spelling error on our site, select it and press Ctrl+Enter
Tags:RussiaDonbasmilitantsceasefiretroopsenemystrongholdsJFO