Multiple obstacles are being reported, set up by the Russian armed groupings to the effective work of international observers. 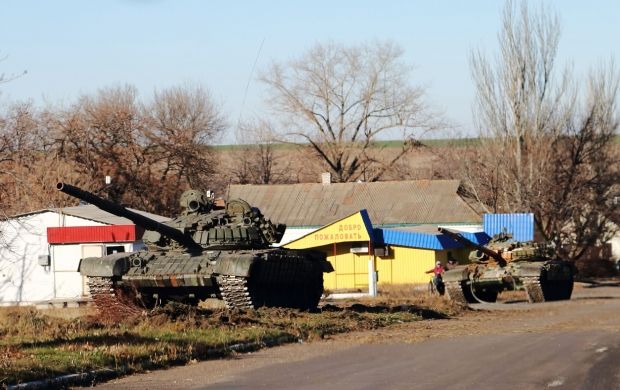 Ukrainian members of the Joint Center for the Control and Coordination (JCCC) of the ceasefire and stabilization in Donbas claim the Russian occupiers have deployed 180 tanks and about a hundred guns and artillery systems beyond the withdrawal lines.

"According to the report of the OSCE Special Monitoring Mission of October 4, a significant amount of militants' weapons had been spotted in the temporarily occupied territories of Donbas, which were deployed in violation of withdrawal lines and outside designated storage sites," as reported by the press center of Ukraine's Joint Forces Operation (JFO) on Facebook.

According to the OSCE's report, "in violation of withdrawal lines in non-government-controlled areas, on October 1, aerial imagery available to the SMM revealed the presence of three tanks (undetermined variants) in a training area 1km north of Svobodne (73km south of Donetsk)."

Read alsoJFO: Ukraine reports 4 WIAs in Donbas in past 24 hours

"Thus, the resourceful 'miners' dug out at least 180 tanks from their wonder-mines, and in order to provide them with fuel, they obviously opened their own oil fields," the Ukrainian side of the JCCC said, mocking a Russian propaganda narrative denying Russian weapons and ammo supplies to the occupation forces in Donbas.

Systematic obstacles are reported, set up by the Russian armed groupings to the effective work of international observers. According to the OSCE SMM report of October 4, a member of the armed formations prevented the SMM from passing through a checkpoint near Yuzhna-Lomuvatka (non-government controlled, 60km west of Luhansk).

If you see a spelling error on our site, select it and press Ctrl+Enter
Tags:DonbasweaponsRussianAggressionOSCEJCCCviolationswithdrawallinesJFO