The mission has previously observed convoys of covered cargo trucks entering and exiting Ukraine in that area. 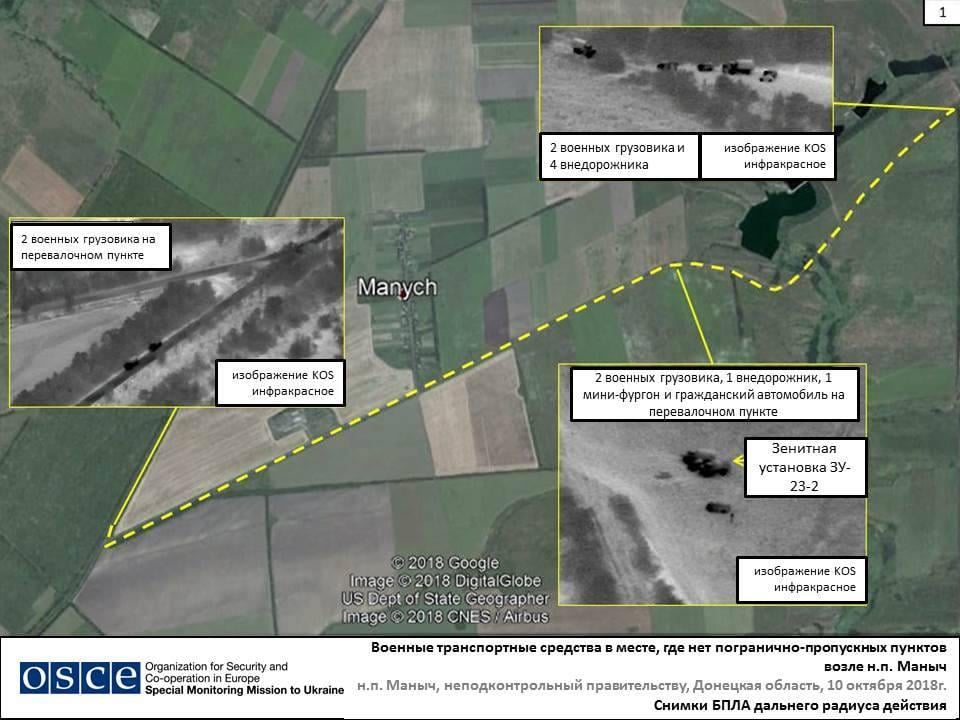 Monitors of the OSCE Special Monitoring Mission (SMM) to Ukraine have spotted convoys of trucks in Russian-occupied Donbas, one of which was reportedly carrying an anti-aircraft gun.

"In a non-government controlled area of Donetsk region near the border with the Russian Federation, an SMM long-range UAV again spotted convoys of trucks along a dirt road where there is no border crossing facility in the middle of the night. One of the trucks carried an anti-aircraft gun," the OSCE SMM wrote on Facebook on October 12.

"The mission has previously observed convoys of covered cargo trucks entering and exiting Ukraine in this area," reads the report. 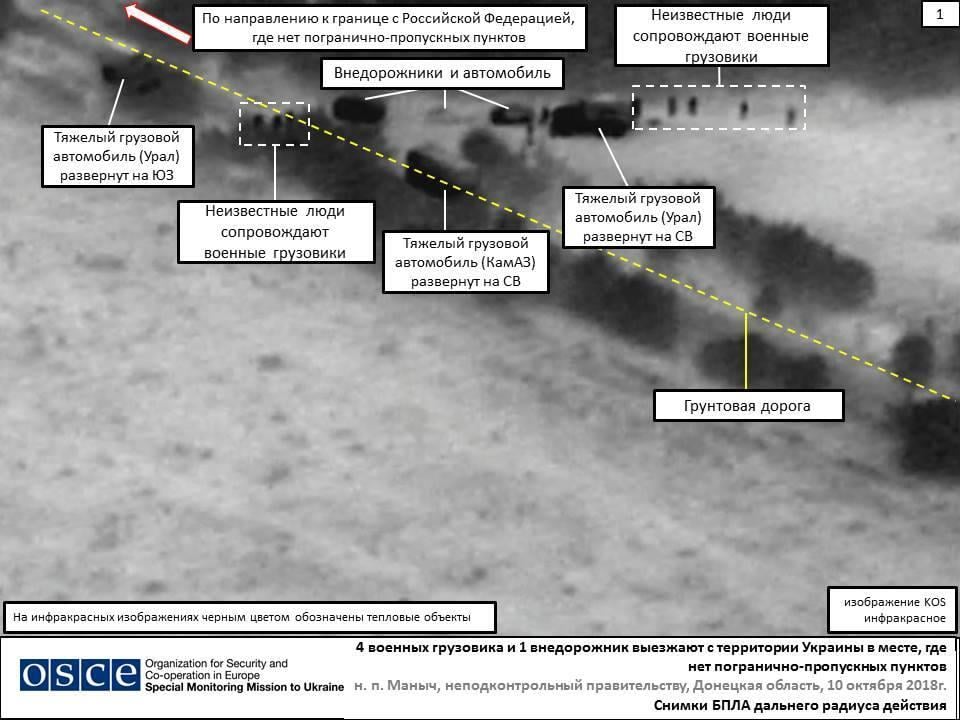