Upward of 40,000 Ukrainians are estimated to cross the front lines each day. 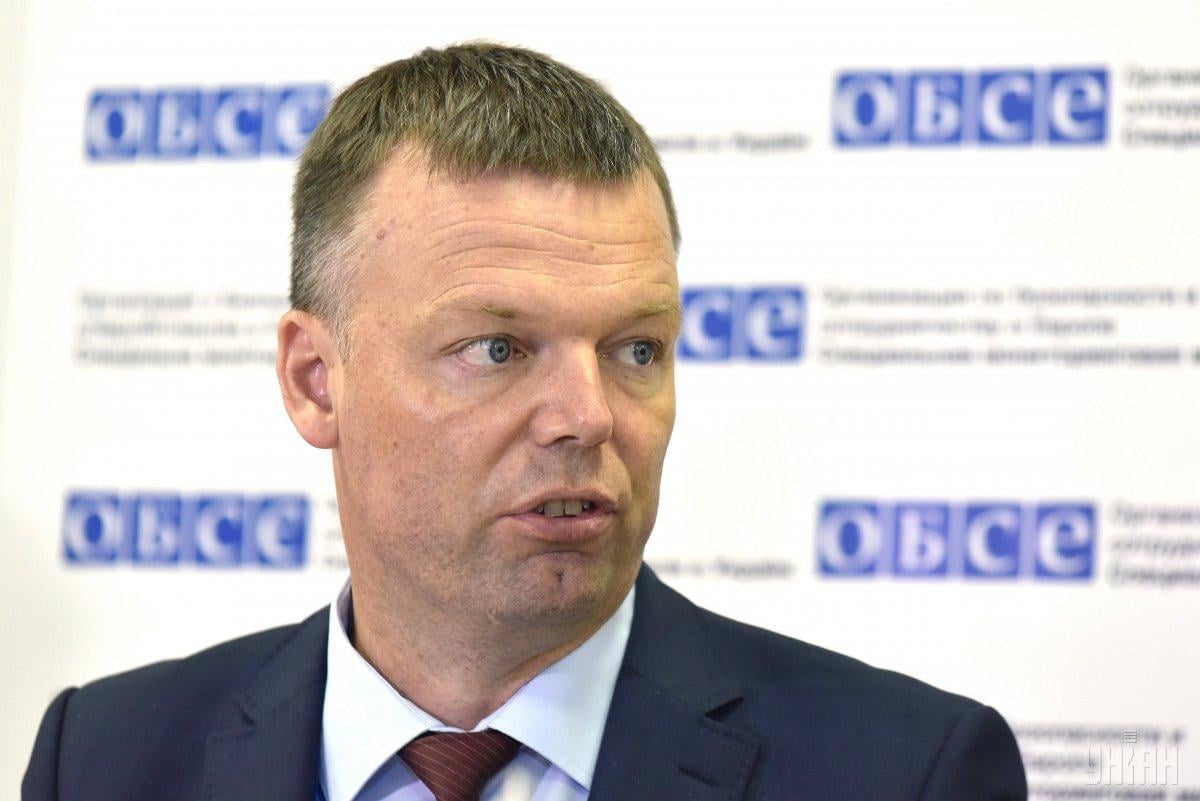 The outgoing deputy head of the monitoring mission to Ukraine of the Organization for Security and Cooperation in Europe (OSCE) says newly compiled statistics prove that lack of political will is the only thing allowing near-daily outbreaks of violence to continue claiming lives in Russian-occupied eastern Ukraine.

Alexander Hug, whose 10-year OSCE appointment expires this month, also said the very people empowered to halt the conflict – those who signed the Minsk agreement – could make it happen within a matter of hours, the Voice of America reported.

"Fourteen times now, both sides have agreed to recommit to the cease-fire, and every time this happens, daily cease-fire violations plummet from four digits to fewer than 10, and that's within a single day," Hug told VOA's Ukrainian service. "So, the military-technical part of this conflict can end within hours. Overnight. And this isn't speculation. We have evidenced it with our statistics based on observations made in the aftermath of recommitments."

Although OSCE reports typically reveal which side has instigated a given episode of violence, Hug said the data also show that assigning blame is futile.

"In black and white, our reports show where and by whom these violations take place," he said. "When we see heavy weapons in areas where they shouldn't be – and we've seen thousands this year alone, 45 percent in [Ukrainian]-government-controlled areas and 55 percent in [Russian-backed-separatist-controlled] areas – it's clear beyond any doubt who is responsible for the tanks, the mortars, these multiple rocket launch systems, because we see it and describe it in our reports, and yet the hardware doesn't move."

The data also show that pointing the finger in the aftermath of violence is counterproductive, and that amplifying the voices of people most vulnerable to conflict – civilians in proximity to the front lines – has been the most effective way to reduce violence and facilitate a constructive dialogue.

"We have been outlining in sometimes gruesome detail the misery and suffering of civilians along the contact line, and I'm convinced – as are many of my colleagues, if I can speak on their behalf – that only dialogue" between people along the front lines and signatories to the Minsk agreement itself "will bring about a solution to this conflict," said Hug.

"It's for the sake of civilians that this conflict must end, specifically because it is civilians that do not believe in this conflict," he said. "We talk to them, and they tell us it's not their conflict; they don't understand why it continues, and all they want is for it to end."

Upward of 40,000 Ukrainians are estimated to cross the front lines each day, Hug said, indicating that most civilians aren't heavily invested in the idea of a territorially divided country, which is how the conflict is often framed by international media outlets.

"People on the ground don't believe in the contact line," he said. "It is a line that is a harsh reality every day when they have to cross it, but in their minds it doesn't exist. There are no firm lines of division.

"And with only very few exceptions have I ever seen any hatred developing on either side of the contact line," he said, adding that that observation includes neighboring communities that have been shelled and shot at daily for years. "When you think of this fact, it's quite amazing."

David Kramer, former U.S. deputy assistant secretary of state, said even if Hug's data supporting an immediate cease-fire were sound, it wouldn't be sustainable unless the Kremlin saw that it had nothing more to gain from remaining in Ukraine.

"To be clear, the responsibility for stopping the conflict lies in Moscow," he said. "It lies with [Russian President Vladimir] Putin, who to this day refuses to recognize that there are Russian forces in eastern Ukraine."

Kramer, who is currently senior director for human rights and democracy at the McCain Institute for International Leadership, a Washington think tank, also said increased sanctions would be vital to progress.

"Russia invaded Ukraine, Ukraine didn't invade Russia," he said. "So, I do think we need to see a stronger effort from the West to apply more pressure on the Kremlin and its cronies because, absent that pressure, we're not going to see Putin move.

"Unfortunately, I don't think we'll see any movement until after both the presidential and parliamentary elections [in Ukraine]," he added.