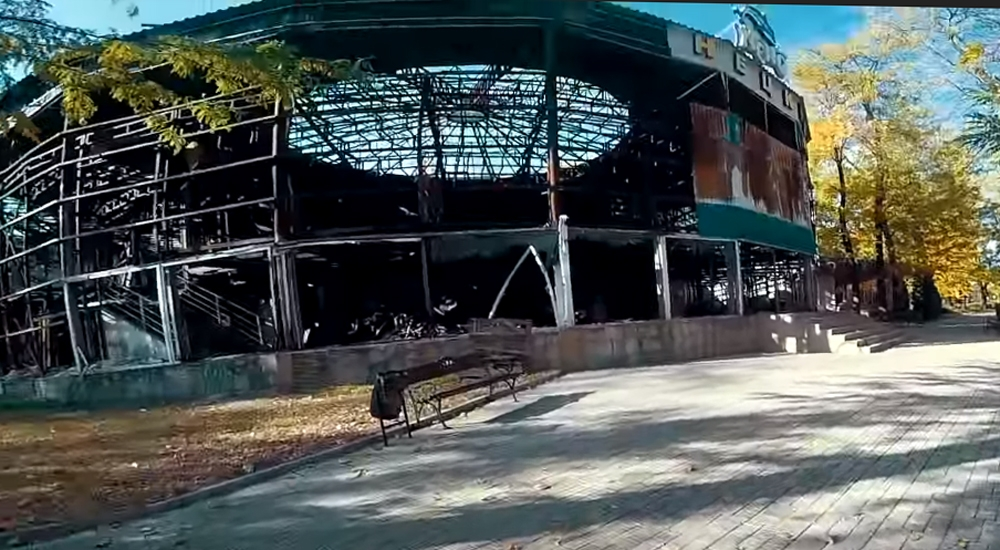 Video blogger Kostiantyn Skoriatyn, who lives in the Russian-occupied city of Donetsk, has made a bike ride through the city's Shcherbakov Central Park and around the former Shakhtar stadium.

"The park itself has virtually been unchanged over the past five years... All the cafes are still working. Of course, the number of visitors has changed," he said.

"Right at the entrance, upwards, we see such a creepy place," the blogger said, showing the Nemo dolphinarium's building burned down in 2016.

Due to the lack of visitors on weekdays, the rides are closed and the fountains do not work. Symbols of the self-proclaimed "Donetsk People's Republic" ("DPR") are seen in the park.

If you see a spelling error on our site, select it and press Ctrl+Enter
Tags: #Russia#Donbas#Ukraine#DPR#occupation#video#Donetsk
Latest news