Another member of Russian-led forces eliminated in Donbas (Photo)

Another terrorist, Nikolai Kalinichenko, turned 20 two days before his death. 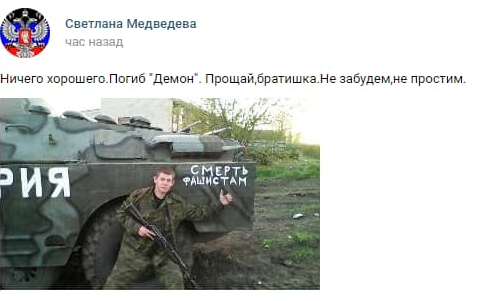 Another member of the Russian-led forces in Donbas, eastern Ukraine, Dmitry Smetanin aka 'Demon,' was eliminated on October 22.

"The circumstances need to be clarified," officer of the 53rd separate mechanized brigade of the Armed Forces of Ukraine Anatoliy Shtefan wrote on Facebook, posting a photo of the terrorist.

He also reported about the death of another terrorist, Nikolai Kalinichenko, who turned 20 two days before his death. 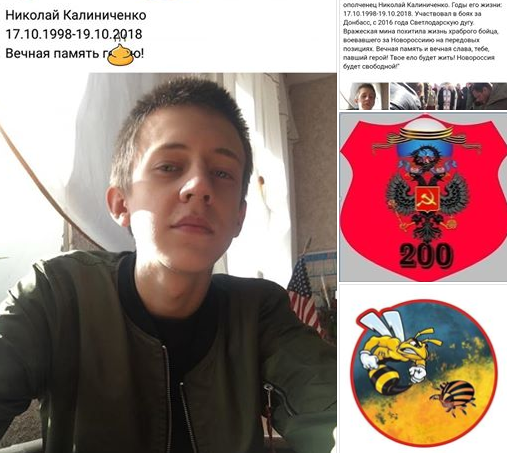 Facebook Anatoliy Shtefan
If you see a spelling error on our site, select it and press Ctrl+Enter
Tags:DonbasUkrainedeathRussianAggressionterrorist