Shells were dropped from UAVs, as evidenced by the footage. 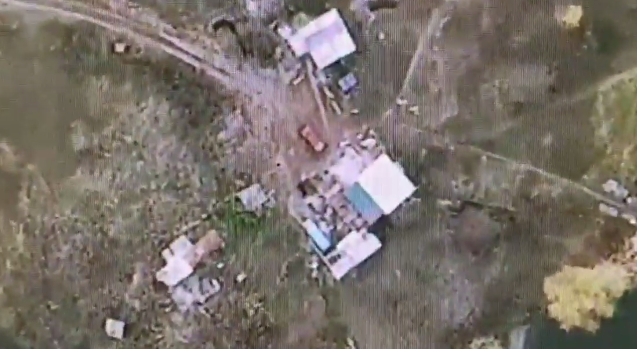 Officer of the Armed Forces of Ukraine Anatoliy Stefan has posted on Facebook a video showing the destruction of a position of Russian-led militants in Donbas, eastern Ukraine.

As reported, three occupiers were killed as a result of a powerful response by the Ukrainian Army.

Shells that hit the enemy position were dropped from unmanned aerial vehicles, as evidenced by the footage published on the officer's Facebook page.

As UNIAN reported earlier, Russia's hybrid military forces mounted 19 attacks on Ukrainian army positions in Donbas in the past 24 hours, with one Ukrainian soldier reported as wounded in action.

If you see a spelling error on our site, select it and press Ctrl+Enter
Tags:DonbasRussianAggressionvideoUAVhybridwarairstrikeRawjointforces