The Russian ministry claims that the entire cargo will be distributed among socially significant facilities and residents of Donetsk and Luhansk regions. 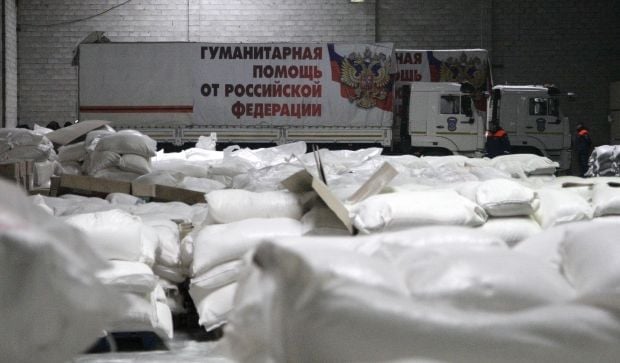 A new truck convoy of Russia's Emergency Situations Ministry has arrived in Donbas, having brought allegedly "humanitarian" aid with goods for children and medicines.

"The 83rd humanitarian convoy of the Emergency Situations Ministry has reached its destination. Humanitarian aid is being unloaded at drop-off stations in Donetsk and Luhansk regions," the ministry said on Thursday, November 22.

The ministry claims that the entire cargo will be distributed among socially significant facilities and residents of Donetsk and Luhansk regions.

If you see a spelling error on our site, select it and press Ctrl+Enter
Tags:RussiaDonbasUkrainehumanitarianconvoyDonetskregionLuhanskregion