It was not the propeller section but the cockpit that the Russian shooter aimed at. 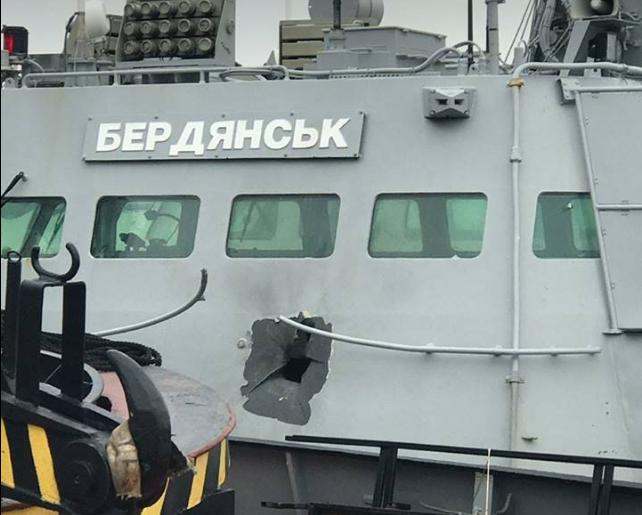 A photo of the consequences of the Russian military attack against the Ukrainian 'Berdiansk' artillery boat has been published on social networks.

"Damage to the Berdiansk artillery boat. Armor obviously does not save people these times..." head of the Ukrainian Military Center Taras Chmut wrote on Facebook.

If you see a spelling error on our site, select it and press Ctrl+Enter
Tags:RussiaattackshootingRussianAggressionBlackSeaAzovKerchStrait