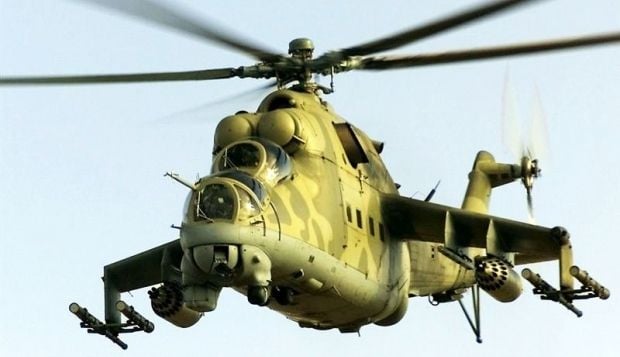 "According to intelligence reports, intensified operations of Russian military aircraft near the borders with Ukraine have been observed,” Polevoy said.

“At a military airfield in the city of Rostov-on-Don there were recorded numerous landings of IL-76 military transport aircraft with unknown cargo," he said.

Polevoy also said that the Russian Federation is stepping up the military capacities of its air force in occupied Crimea, illegally using the airfield network of the Armed Forces of Ukraine.

"Measures have been carried out [by Russia] to enhance the basing system of its attack aviation. This was evidenced by the reinforcement of Russian air assault units with Mi-24 helicopters and military transport aircraft," he said.

Polevoy said that earlier, at the beginning of January, 50 Russian attack helicopters were deployed at a military airfield near Dzhankoi in Crimea. The Black Sea Fleet naval aviation branch now has a separate regiment of unmanned aerial vehicles, he said.

"In recent days, the naval aircraft of the Russian Black Sea Fleet have been conducting combat training missions, launching rockets at the Opuk landfill on the Kerch Peninsula,” Polevoy said.

“All naval aviation airfields currently operated by Russian Black Sea Fleet have been involved in these flights,” he said.