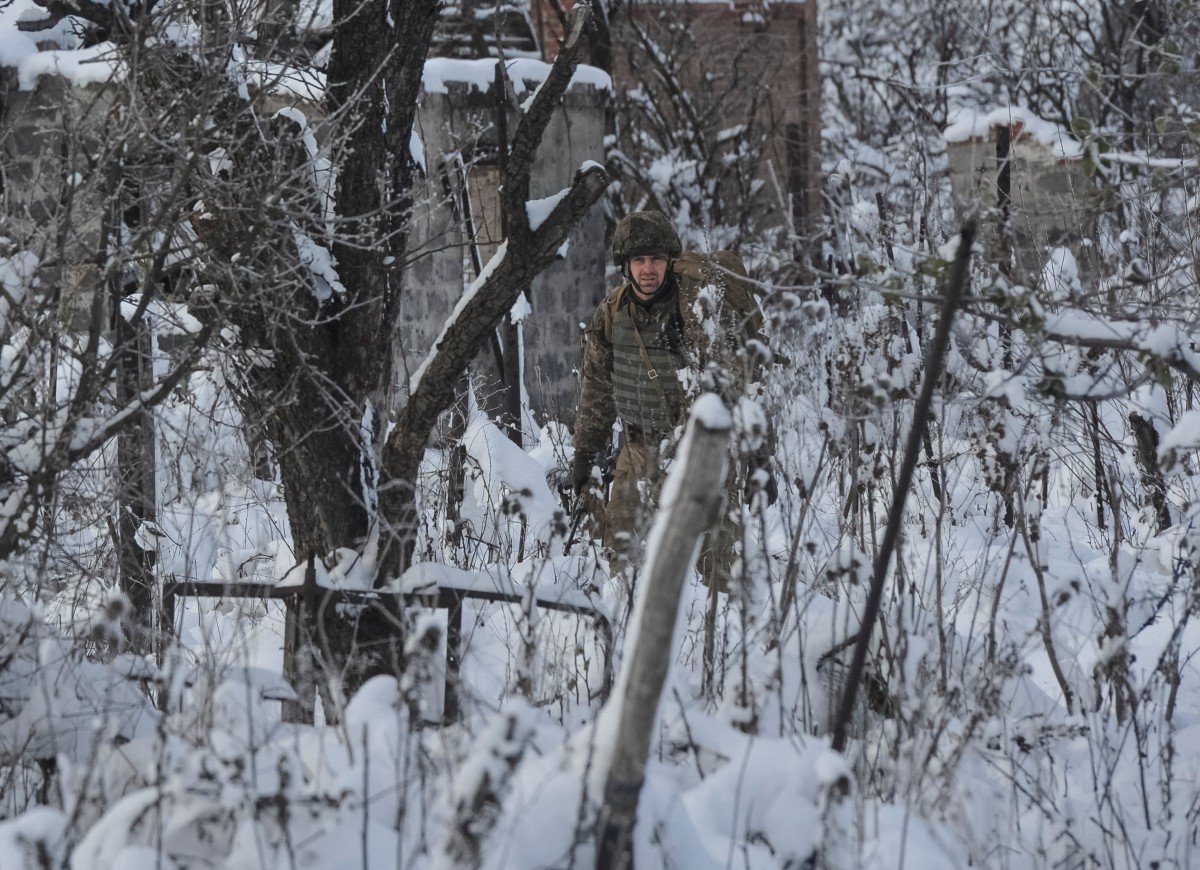 Russia's hybrid military forces have mounted 11 attacks on Ukrainian troops in Donbas, eastern Ukraine, since Sunday midnight, one Ukrainian soldier has been wounded in action (WIA).

"The enemy continues using the weapons prohibited by the Minsk agreements. In particular, the enemy opened fire from 82mm mortars to attack the positions of the Joint Forces in Luhansk region: near the villages of Novotoshkivske and Khutir Vilny in the Popasna sector," the Joint Forces Operation's press service said on Facebook in an evening update as of 18:00 Kyiv time on Sunday, December 9.

Read alsoPutin may go for "military walk" to Kyiv – volunteer

"The Russian invaders used grenade launchers of various systems, large-caliber machine guns and small arms to attack our troops near the towns of Avdiyivka and Krasnohorivka, the villages of Khutir Vilny, Taramchuk, Pavlopil, Vodiane, and Hnutove," it said.

The situation remains under the Ukrainian military's control, it said.

On Saturday, December 8, Russian-led forces mounted 13 attacks on the Ukrainian army; one Ukrainian soldier was wounded in action.

If you see a spelling error on our site, select it and press Ctrl+Enter
Tags:warRussianAggressionWIAPutinAtWaroccupiedDonbasDonbasWar