Russia's FSB reportedly instructed the Kerch Maritime Authority not to reply to the Ukrainian request for passage until the FSB boats were positioned to attack. 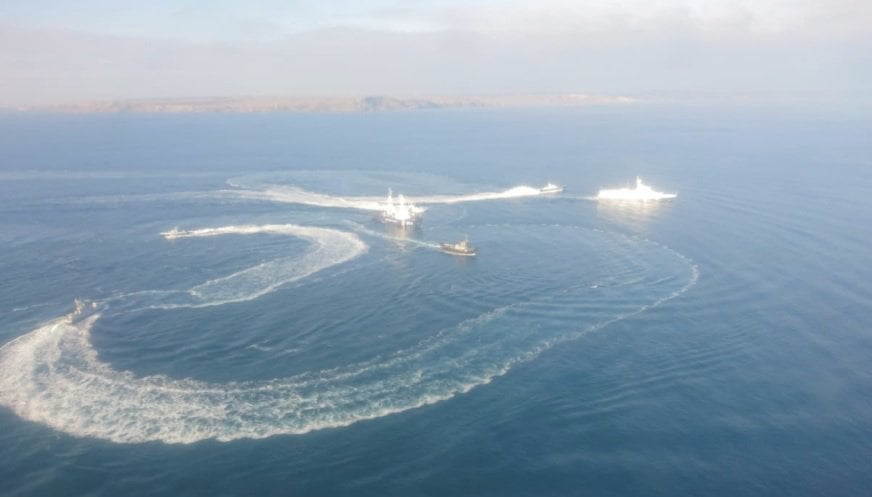 Senior Director of the Penn Biden Center for Diplomacy and Global Engagement and a nonresident Senior Fellow at the Atlantic Council Michael Carpenter, who served in the White House as a foreign policy advisor to U.S. Vice President Joe Biden as well as on the National Security Council as Director for Russia, says that Russia's attack on three Ukrainian vessels near the Kerch Strait in the Black Sea on November 25 was a pre-planned ambush.

"Russian perfidy in the Kerch Strait was even worse than I thought. Just met in Kyiv with Ukraine's Navy Commander, Admiral [Ihor] Voronchenko, who said the (Russian) Kerch Maritime Authority had radioed the Ukrainians and requested they wait for an escort to pass the strait," he tweeted on Monday, December 10, after a meeting in Kyiv. "The Ukrainian trio of ships were directed to an anchorage to await further instructions. That's when they were ambushed by FSB boats and attack[ed by] helicopters. Only the tug was rammed because the small gunships were too fast. [The] FSB boats next opened fire on the retreating boats."

Carpenter said he had learnt that the Ukrainian side had also intercepted communications where the FSB instructed the Kerch Maritime Authority not to reply to the Ukrainian request for passage until the FSB boats were positioned to attack. "This was a pre-planned ambush, pure and simple," he said.

If you see a spelling error on our site, select it and press Ctrl+Enter
Tags:USARussianAggressionKerchStraitUkraineNavy