Three Ukrainian soldiers were killed and another 15 wounded in combat in the Donbas over the last day, Acting Speaker of the General Staff of the Armed Forces of Ukraine Vladislav Seleznev said at a briefing in Kyiv on Wednesday. 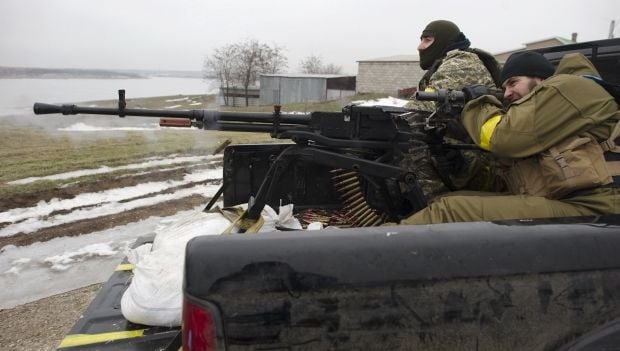 “Throughout the day militants shelled 55 settlements in various areas in the east of the country. As the result of the shelling three soldiers were killed and fifteen more received injures of various severity. All the wounded were sent to medical institutions.”

Seleznev also added that currently 366 Ukrainian soldiers are in hospitals and other medical institutions for treatment, including 15 persons with serious injuries.