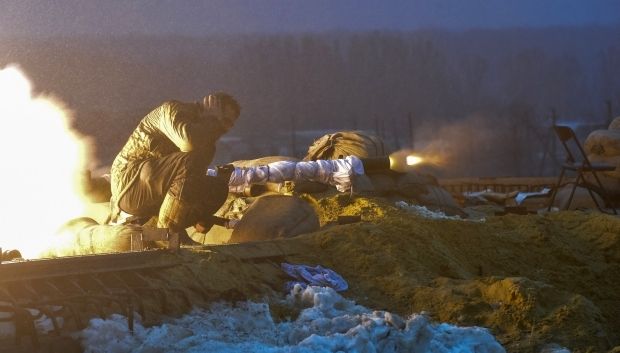 According to Matiuhin, on January 27, after 1800 the militants continued to fire various types of weapons on the positions of the Ukrainian armed forces and the villages.

The villages of Hranitne, Opytne, Pisky, marinka and Slavne were fired on by mortars and artillery twice from Donetsk.

"There were two military clashes near the villages of Pisky, Vodiane and Novobahmutivka from 2230 to 0045. The armed groups were fired on by Ukrainian servicemen and retreated," Matiuhin said.

"In general, there have been 126 attacks of the Russian-backed militants on the positions of the Ukrainian armed forces in the last day. But the night in Mariupol was calm," Matiuhin said.