Russia is now involved in a war against Ukraine, Lithuania's Minister of Foreign Affairs Linas Linkevičius said on Wednesday, saying Moscow should be held responsible for last Saturday’s rocket attack on Mariupol. 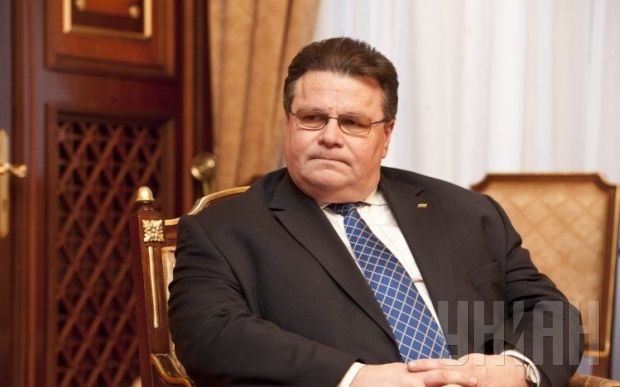 "The answer is clear - the responsibility must be borne by the Russian Federation, its authorities and the army, which supplies weapons,” Linkevičius said on Wednesday in an interview with radio station Ziniu Radijas, Baltic news portal Delfi.lt has reported.

“This was confirmed by NATO sources, by intelligence data that is very specific - the number of troops coming from Russia has only been growing. Moreover, there are being deployed heavy weapons, tanks, armored personnel carriers from the Russian army, and air defense capacities are involved. This is a war of Russia against Ukraine."

He also stressed that the shelling of Mariupol should be regarded as a terrorist attack.

"It is considered as a terrorist attack, targeting specifically peaceful objects,” he said,

“I do not know what else it could be called. How many more people must die to make it clear that this has crossed the line?" Linkevičius said.

As UNIAN reported earlier, as a result of a rocket attack on the eastern residential districts of Mariupol last Saturday morning, 30 people were reported killed and more than 100 injured. The Ukrainian government and international observers claim that the rockets were fired from areas held by Russian-backed militants who are waging war against the Ukrainian military.