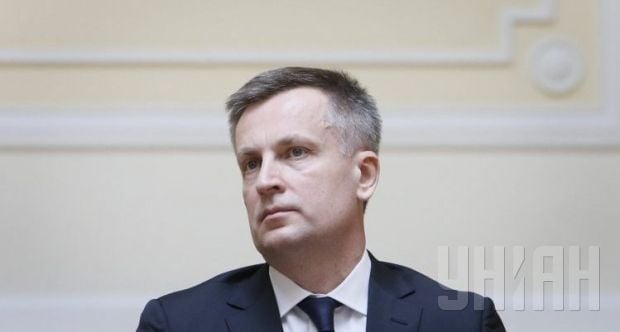 According to Nalyvaichenko, from January 20 to 23, seven mobile crematories mounted on the chassis of Kamaz trucks were brought into the militant-held areas of Ukraine by the order of the General Staff of the Russian Armed Forces.

"Each of these crematoriums burns 8-10 bodies per day," he said.

According to the information, the work of the mobile crematoriums is coordinated directly by the Russian military intelligence. These special Kamaz trucks were spotted at the end of 2014 in the Rostov region near the state border of Ukraine.

"Every day, the hotline of the Security Service of Ukraine records a great of number of calls from dozens of Russian citizens who are looking for their relatives or Russian soldiers who have been sent to the territory of Ukraine," Nalyvaichenko said.

"The Ukrainian government will be humane and will return the bodies of the Russian soldiers to their mothers with all documents and personal effects," he said.

"A few days ago the SBU publicly expressed its readiness to hand over to the Russian side the body of a Russian citizen Andrei Emelianov," he added.

However, according to the press-service of the SBU, the Russian consulate has still not responded to this proposal.