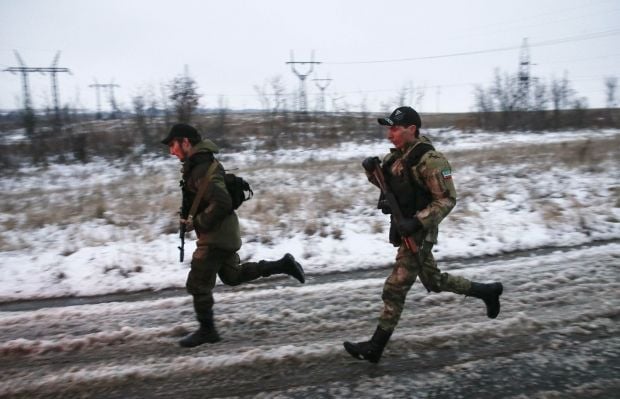 "The militants have concentrated at least another eight multiple launch rocket systems and 12 cannon artillery guns in addition to pre-existing artillery means in this region,” Tymchuk wrote.

“The enemy has brought self-propelled artillery to positions near Horlivka – four 2S1 Gvozdika units were accompanied by two covered Ural trucks from Makiivka," he said.

"To the south of Donetsk, Russian-backed militants are continuing to regroup their forces and reinforce their groups in the area from Olenivka to Donetsk," Tymchuk said.

"In addition, a militant task force consisting of about 120 militants, six tanks, 12 armored fighting vehicles and four anti-tank guns has moved in the direction of the villages of Starobeshevo and Styla," he added.