Five Ukrainian soldiers have been killed and another 23 wounded in the Donbas conflict zone over the last 24 hours, Acting Speaker of the General Staff of Ukraine Vladyslav Selezniov wrote on his Facebook page on Friday. 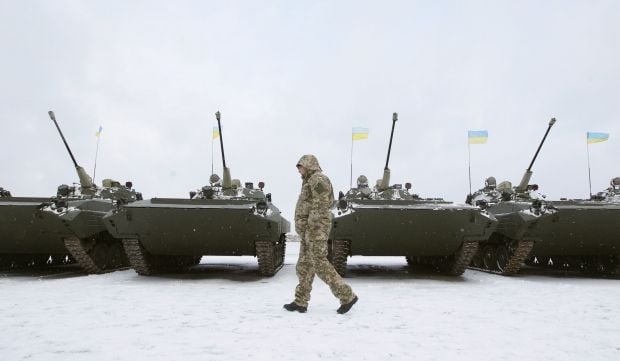 "Over the last day, we have lost five Ukrainian soldiers, and another 23 were injured as a result of military clashes," he said.

Selezniov also said that 390 Ukrainian soldiers were in hospitals, including 11 people with serious injuries.

As UNIAN reported earlier, on January 29 five Ukrainian soldiers were killed and another 29 wounded in the Donbas conflict zone.

The fighting in the east of Ukraine has worsened sharply in the last few weeks, as militants launched attacks on Ukrainian forces in several areas. The militants have taken more territory, and are threatening to encircle Ukrainian forces in the town of Debaltseve, which forms a salient deep into militant-held ground between the towns of Horlivka and Alchevsk.