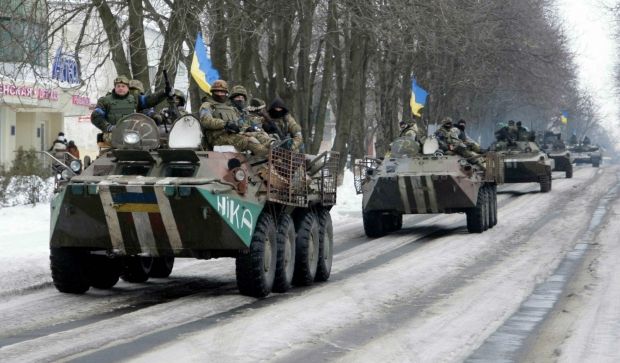 The resolution has already been signed by Ukrainian Prime Minister Arseniy Yatseniuk, according to the government press service.

Additional rewards are envisaged for the successful implementation by combat units of combat operations to destroy the military equipment of Russian-backed militants. The amount of these payments is pegged to the minimum wage, reads the resolution: "In the case of the successful performance of a military task, a unit will receive an additional UAH 365,000 UAH, a regiment UAH 243,000 UAH, a battalion UAH 121,000 UAH, and a company UAH 60,000."

The resolution also contains a "supplementary list of military equipment of Russian-backed fighters, in relation to which additional remuneration for its destruction is to be paid to Ukrainian soldiers, border guards, the employees of Ukrainian Security Service, State Security Department, the State Service for Emergency Situations."

Yatsenyuk also stated that he had instructed Ukrainian Minister of Justice "to put the order in force as of January 31."