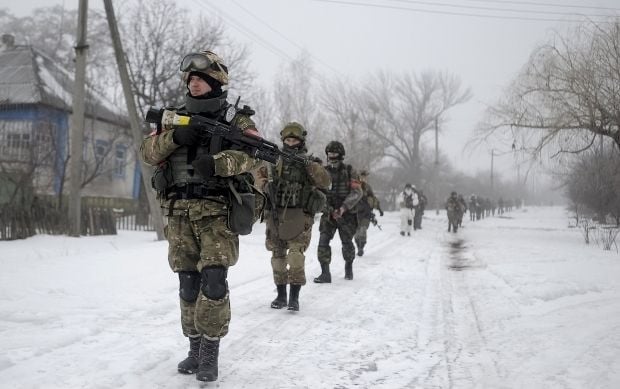 "We have recorded multiple hits on targets, [including] the detonation of ammunition depots of the militants near Krynka, north of Yenakieve, Bryanka, Sofiivka and other [places].” Tymchuk wrote.

“In particular, Ukrainian artillery destroyed the positions of the reserve units of the Russian armed forces near Bryanka, including their military equipment. We have recorded a lot of explosions going off in this region.”

At the same time, according to Tymchuk, the deployment of two battalion tactical groups of militants was observed near Makiivka. One group consists of Russian soldiers, and the other of local militants.

"In total, these two battalion tactical groups have 18 tanks, 42 armored combat vehicles, and about 30 other vehicles. They also have six Grad multiple rocket launchers and six 122-mm D-30 howitzers," he said.

"Meanwhile, the General Staff of the Anti-Terrorist Operation has recorded a redeployment of Russian mercenaries disguised as militants in the south-eastern outskirts of Horlivka. Resuplies are being delivered by trucks, and the delivery of armored vehicles to this unit is expected," Tymchuk said.