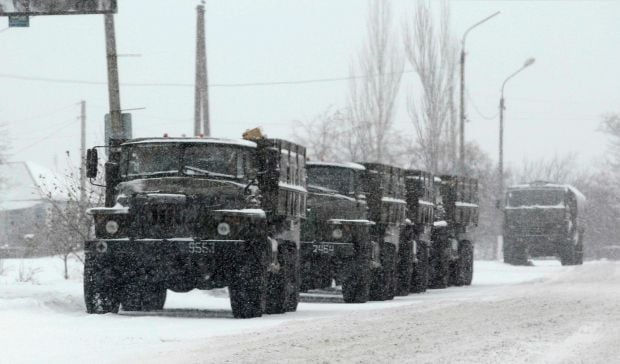 "The OSCE special monitoring mission has recorded 21 military-style green trucks in the eastern part of militant-controlled Makiivka or 10 km to the east of Donetsk. Some trucks were covered, but some of them were not covered, so that the representatives of the mission could see boxes with ammunition for Grad systems," the report says.

"In addition, the OSCE observers have seen two military tankers. They have also recorded three Ural trucks near the village of Rozsypne, which is also under control of the illegal armed groups. According to their information, these trucks also transported multiple launch rocket systems," the report reads.